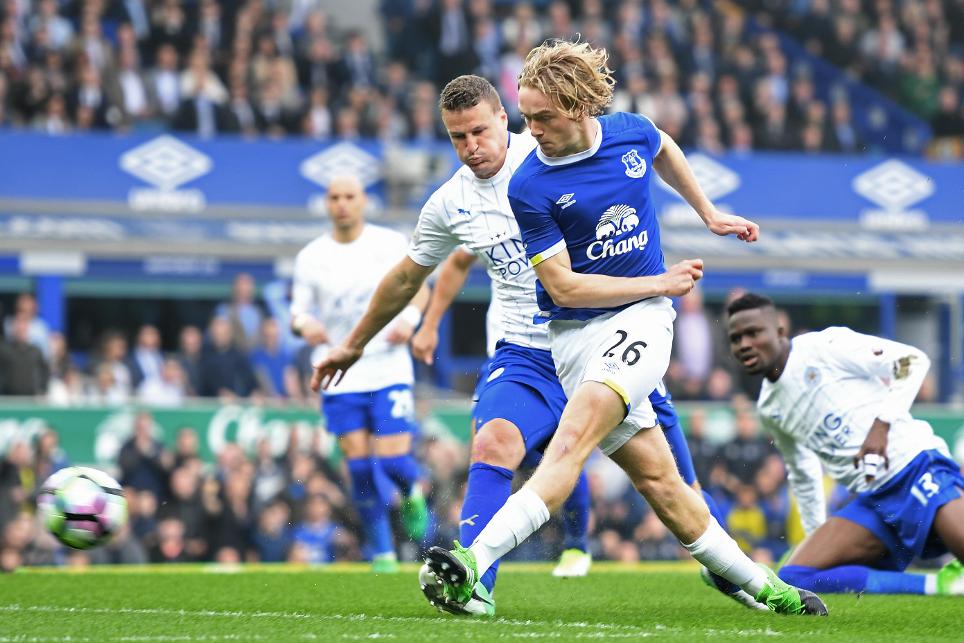 It was a frantic start to Sunday's match between Everton and Leicester City at Goodison Park, with the speed of the opening three goals unmatched in the Premier League for up to six years.

Tom Davies equalled the fastest goal in the Premier League this season when he struck after just 30 seconds.

This matched the times taken by Pedro, for Chelsea at home to Manchester United in October, and Davies’s team-mate, Romelu Lukaku, against AFC Bournemouth in February.

🔵 | The perfect way to follow up signing a new contract... pic.twitter.com/Umk6b2OcsC

In total, five goals have been scored in the opening minutes of matches in the Premier League season.

Leicester soon recovered with Islam Slimani pulling them level three minutes later, making it the first match in which both teams had scored inside the opening four minutes since Sunderland 2-2 Tottenham Hotspur in September 2014.

By the 10th minute Leicester led through Marc Albrighton’s free-kick.

It was the first time a Premier League fixture had three goals by the 10th minute since Arsenal went into a 3-0 lead at St James’ Park, before Newcastle United came back from 4-0 down at half-time to draw 4-4 in February 2011.

By half-time on Sunday Everton led again, thanks to goals from Lukaku and Phil Jagielka, making it the third match this season in which five first-half goals had been scored, after Hull City 4-2 Middlesbrough, on 5 April, and Crystal Palace 2-4 Liverpool, on 29 October.