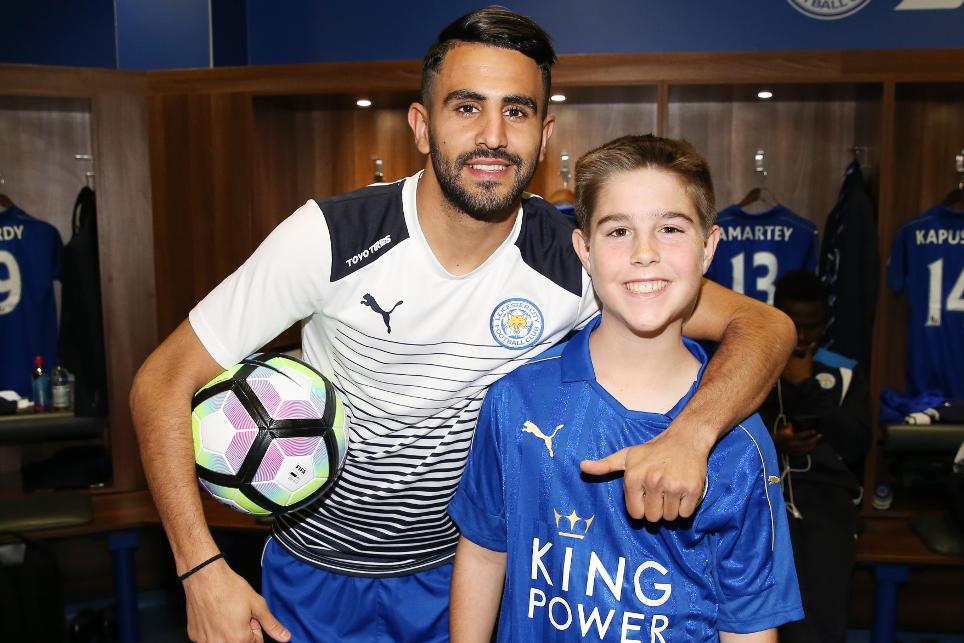 For young one Leicester City fan, the midweek 2-0 Premier League victory over Sunderland was all the more special.

Travis Hackett, 13, from San Diego, California, was a Premier League fan and looked to follow a club a couple of years ago with his dad.

“We’re quite recent to supporting Leicester City,” Tim Hackett, Travis’s dad, explained to LCFC.TV. “We can’t claim to go back as far as the League 1 season.

"But we both watched the 5-3 game [against Manchester United in 2014/15] and we looked at each other and said, ‘Who wants to support one of the big six clubs? These guys need our love.’

“And it was easy to give because that particular win was a bit of a swashbuckler."

Young Foxes fan Travis Hackett, who successfully beat leukaemia, travelled across the pond to support his team as an official Club mascot👏 pic.twitter.com/mxRjfnG7qn

Just when Leicester’s position in the Premier League was in doubt, in 2014, Travis received a diagnosis of T-cell acute lymphocytic leukaemia.

He fought the illness and at the same time that Leicester’s run of seven wins from nine matches secured their status in 2014/15 Travis was told he was cancer-free. More good news was to follow with Leicester’s unlikely Premier League title triumph last season.

While Travis awaits the final all-clear in February 2018, the Craig Willinger Fund, which works to give once-in-a-lifetime opportunities to children and young adults with serious conditions, arranged for Travis and his dad to visit the club for the first time for the Sunderland match.

When he arrived at the King Power Stadium, he got the surprise news that he would be an official mascot for the match and get to meet his hero Riyad Mahrez.

More on a trip of a lifetime for Travis to watch #lcfc at King Power Stadium ➡️ https://t.co/fyKU6SUsvo pic.twitter.com/L2CoRic0p1

“This is amazing what is happening, how is this possible?” Travis told LCFC.TV. “I can’t believe it. This is awesome! I never thought it was possible, I always watch them on TV but it’s amazing that I am here.”

Tim said: “I’m very proud of him throughout his whole ordeal. He has been supporting the team since before he got sick. It’s hard to believe that we’re actually here. He is super excited. We hope he stays that way until next February which is when he gets the all-clear and we can put it all in the rear-view mirror.”