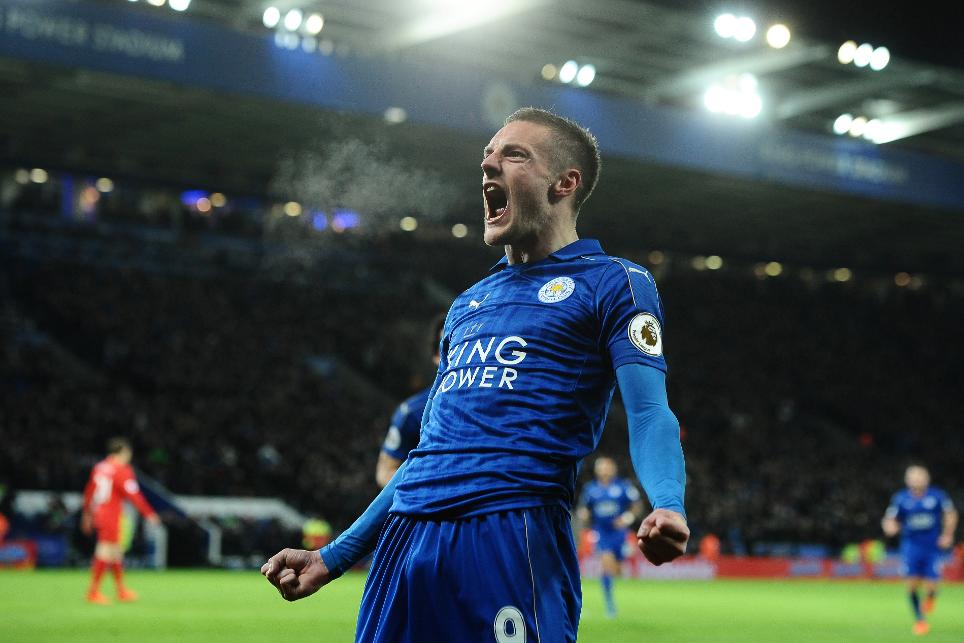 MATCH ROUND-UP: Match action, who impressed and what's next for #lcfc after a rampant win over Liverpool: https://t.co/sfWYRwpoz1 #LeiLiv pic.twitter.com/OEmwHFOISp

Drinkwater doubled the lead on 39 minutes, firing in from 25 yards, before Vardy added a third after the break, heading in Christian Fuchs' cross.

Liverpool got a goal back through Philippe Coutinho but could not stop Leicester climbing to 15th, two points above the drop zone.

Liverpool remain fifth, one point behind Arsenal and ahead of Manchester United having played a match more than both.