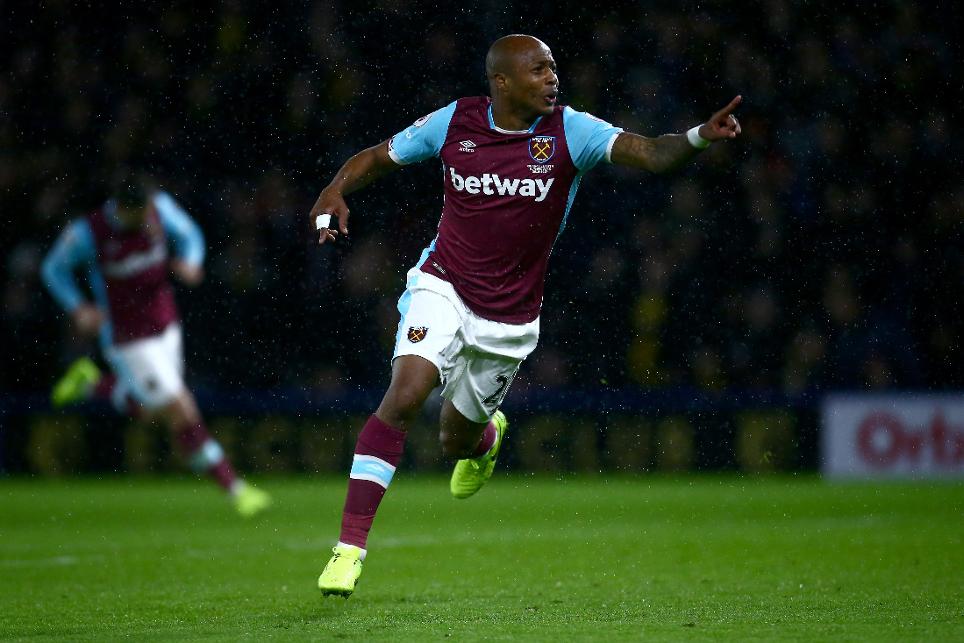 Bilic - We deserved more than a point External Link

Ayew - It was a fair result External Link

The striker scored in the 73rd minute when the ball rolled into his path after Michail Antonio's strike had hit both posts.

West Ham held on for a point after Antonio was sent off for the first time in his professional career, Isaac Success missing a chance for a Watford winner at the end.

The result moves West Ham into ninth place, a point ahead of Stoke City who play on Sunday, while Watford are now in 12th.