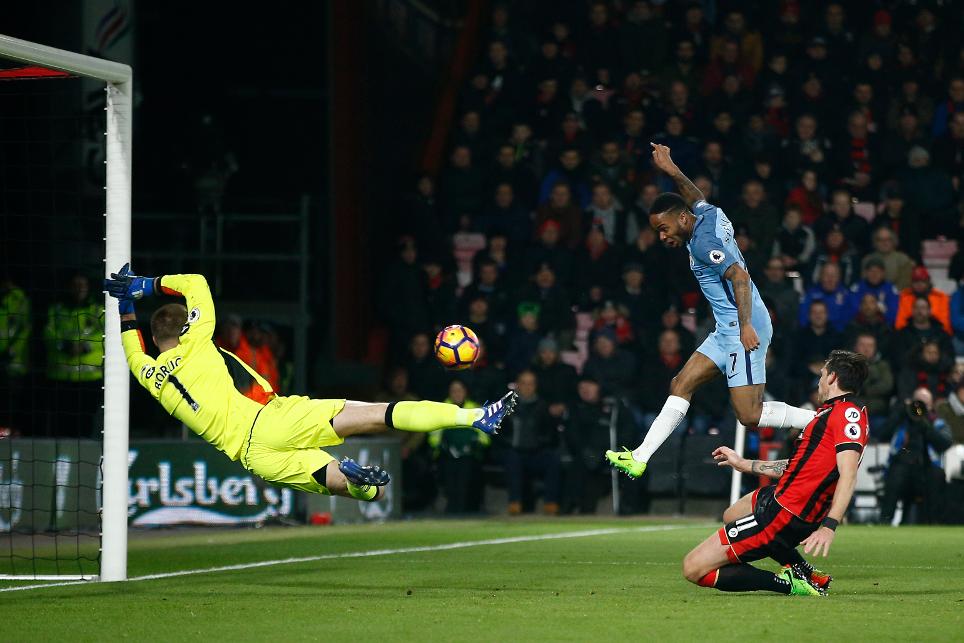 He helped his side to a second clean sheet in three attempts thanks to nine clearances, blocks and interceptions (CBI) and a successful tackle. Stones also completed 90% of 74 attempted passes, creating one scoring chance.

Handed a third successive start, Caballero produced 11 recoveries, one save and a successful tackle.

Registering five CBI and two recoveries, Sagna completed 87% of 47 attempted passes, one of which produced a "big chance".

Replacing the injured Gabriel Jesus (£9.3m) early in the first half, the Argentinian missed two big chances, was tackled twice and committed one foul.

Sterling also topped the ICT Index with a haul of 13.8 – his biggest tally since Gameweek 5.

He fired three attempts on goal, with two arriving from inside the AFC Bournemouth box and two finding the target.

David Silva (£8.6m) ranked second with 8.6 in the Index, completing more passes in the attacking third (34) than any other player. The Spaniard produced a couple of scoring chances and fired in two attempts of his own.

Aguero placed third in the Index, scoring 7.5. He fired five attempts on goal, with four arriving from inside the Cherries’ penalty area.

The early withdrawal of Gabriel Jesus with a foot injury has already been felt in the FPL transfer market.

Following his three goals and an assist from two his first two starts, the Brazilian was second only to Swansea City's Gylfi Sigurdsson (£7.5m) for transfers in ahead of Gameweek 25 (Jesus was acquired by 210,621 FPL managers ahead of Monday's encounter).

City are without a Gameweek 26 fixture, while their Gameweek 28 home meeting with Stoke City will be subject to postponement should they progress past Huddersfield Town to reach the FA Cup quarter-finals.

Jesus is second only to Zlatan Ibrahimovic (£11.5m), also without a fixture, for transfers out in the Gameweek as the exodus begins.

While Jesus' stock wavers, Sterling's remains buoyant despite the potential of missing fixtures.

His opening goal continued a series of consistent displays, delivering FPL points in eight of the last 10 matches.

Having provided two goals and eight assists over that spell, the winger will likely become a key target once City's fixture schedule improves.

For AFC Bournemouth, Junior Stanislas (£5.1m) was an unused substitute for the second successive fixture.

Owned by 2.9% of FPL managers, the winger averages 5.0 points per match but has fallen out of favour at a time when the Cherries are one of only six sides guaranteed to feature in Gameweek 28.

Fellow midfielder Joshua King (£5.3m) was fielded as the central striker against Man City and is emerging as their most appealing option ahead of encounters with West Bromwich Albion, West Ham United and Swansea City in the next four Gameweeks.