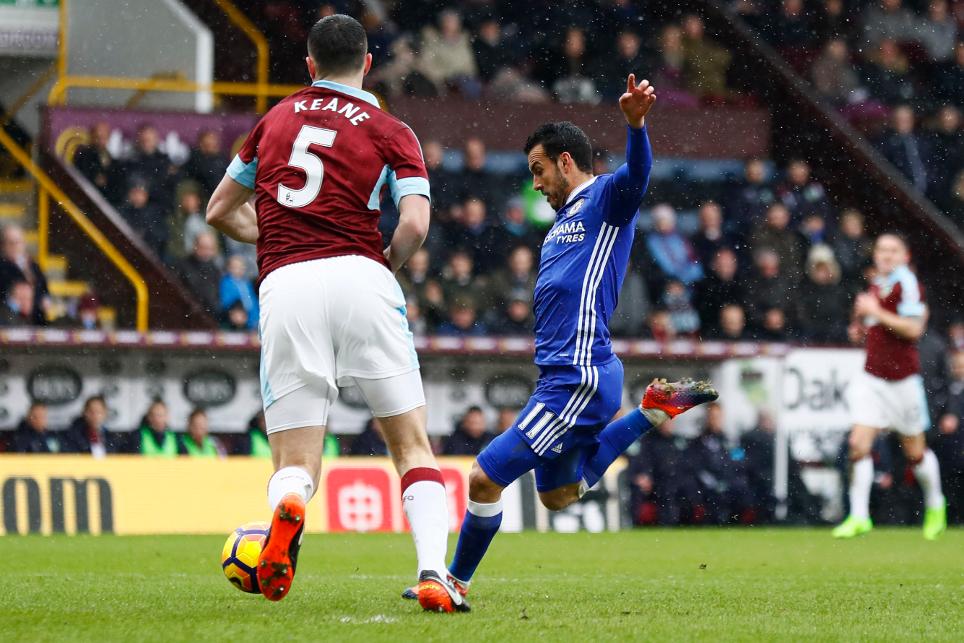 FPL managers turn to Blues assets with popular Arsenal, Man Utd and Man City stars out of action in GW26

Tallying 27 in the Bonus Points System (BPS), the Spaniard opened the scoring with an early strike for the league leaders.

He also completed two dribbles and 86% of 50 attempted passes, two of which led to scoring opportunities.

In his first home start since signing from Norwich City, the winger curled a stunning equaliser from a free-kick and also registered seven recoveries.

Chelsea’s N’Golo Kante (£4.7m) claimed a single bonus point (his first of the campaign) with 23 in the BPS.

He produced four CBI, four successful tackles and seven recoveries, as well as completing 90% of 75 attempted passes and one key pass.

The Spanish duo fired two efforts on goal, with both of their efforts arriving from inside the Burnley penalty area.

The winger created two goalscoring chances and registered two attempts on goal, though only one of those efforts came from inside the Burnley penalty area.

With big hitters such as Alexis Sanchez (£11.8m), Zlatan Ibrahimovic (£11.6m) and Gabriel Jesus (£9.3m) due to sit out Gameweek 26, FPL managers are now flocking to Chelsea's attacking options.

Hazard and Pedro are among the four-most bought midfielders ahead of a home encounter with Swansea City. Costa is the third-most popular up front, earning more than 24,000 new owners since Saturday's deadline.

Netting three goals in his last six Gameweek starts, Pedro is the Blues’ in-form attacker as Hazard (two goals in 10) and Costa (three in eight) struggle to justify their loftier price tags.

Having started five of the last six, Pedro appears to have seen off the challenge from Willian (£7.0m) for a starting berth.

He offers a value route into Antonio Conte’s attack ahead of a schedule in which six of their next seven matches score no more than two in the Fixture Difficulty Rankings (FDR).

However, the Blues’ Gameweek 28 home encounter with Watford would be postponed should they make it through to the FA Cup quarter-finals by beating Wolverhampton Wanderers on Saturday.

Notably, Sean Dyche’s men sit fourth for attempts from set-pieces among Premier League teams, hinting that Brady's delivery could help him emerge as a cut-price differential for our five-man midfields.