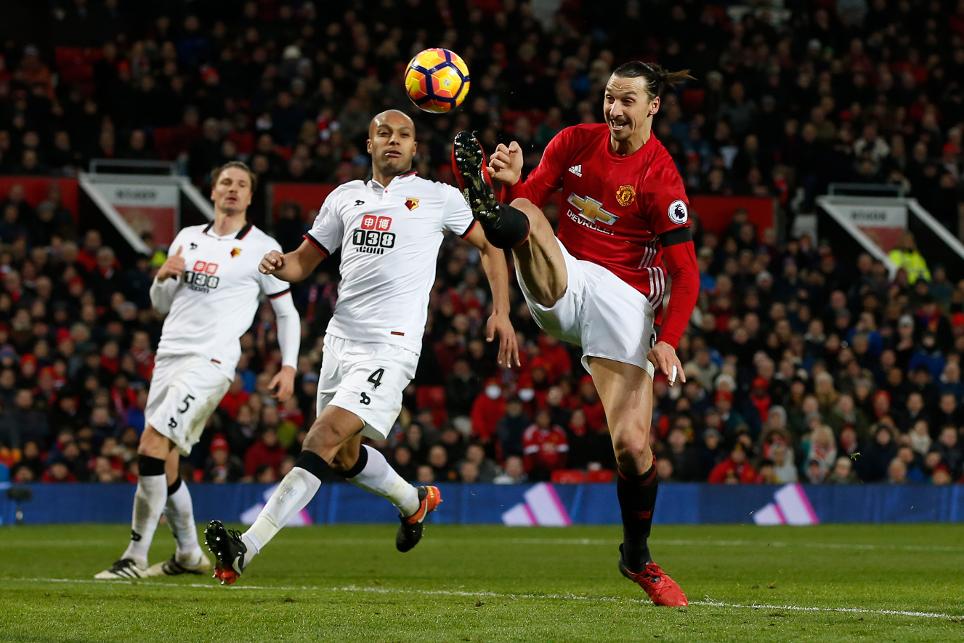 With no fixture in Gameweek 26, an assist in the win over Watford is not enough for Man Utd striker to calm exodus

Juan Mata's (£7.2m) close-range finish set Manchester United on their way to a 2-0 victory over Watford and earned the Spaniard a fourth maximum Fantasy Premier League bonus haul of the season.

The midfielder was awarded 46 in the Bonus Points System (BPS) having completed 91% of 32 passes, supplying four goalscoring opportunities for team-mates.

Eric Bailly's (£5.3m) performance at centre-back inspired United to a tenth clean sheet of the season, with the Ivorian notching 42 in the BPS to collect two additional points.

With a goal and an assist, Anthony Martial (£9.2m) claimed the final bonus point on offer.

The Frenchman recorded a BPS tally of 40, missing out on a bigger total having been tackled on four occasions.

While he mustered just an assist from the Hornets win, Zlatan Ibrahimovic (£11.6m) did at least dominate in the ICT Index, producing some impressive numbers.

The striker fired in seven efforts on goal, more than any other player in Gameweek 25. He also supplied six chances for others, again the top tally over the weekend's contests, matched only by West Ham United's Robert Snodgrass (£5.8m).

Meanwhile, Martial's Index score of 13.1 was his season-best total.

Making a first start since Gameweek 21, he produced four goal attempts, three of which arrived from inside the Watford penalty area.

Backed by more than 957,000 (22.1%) of FPL managers (the top captain pick for an eighth successive Gameweek) Ibrahimovic disappointed with a modest five-point return.

He has scored just a single goal and 15 points over his last four Gameweeks, which has done little to slow sales of the top-owned FPL asset.

Ibrahimovic had lost over 100,000 owners prior to the Watford victory and that trend has continued with more than 41,000 showing him the door since Saturday's deadline.

With the EFL Cup Final next weekend, he will miss the Gameweek 26 derby encounter with Manchester City, which will be postponed to a later date.

As Man Utd could also make it to the last eight of the FA Cup, Ibrahimovic, currently owned by 40.4%, may also face a further postponement in Gameweek 28.

It is no surprise to see FPL managers transferring out Ibrahimovic and avoiding his United team-mates, then.

Mata and Martial can be considered once we navigate past the potential missing Gameweeks but, for now, interest should be put on ice.

As for Watford, they also face the possibility of a postponement in Gameweek 28, but have back-to-back home matches to come.

Walter Mazzarri's side take on West Ham United and Southampton at Vicarage Road, with in-form strikers Troy Deeney (£6.7m) and M'Baye Niang (£6.0m) worth a look over those fixtures.