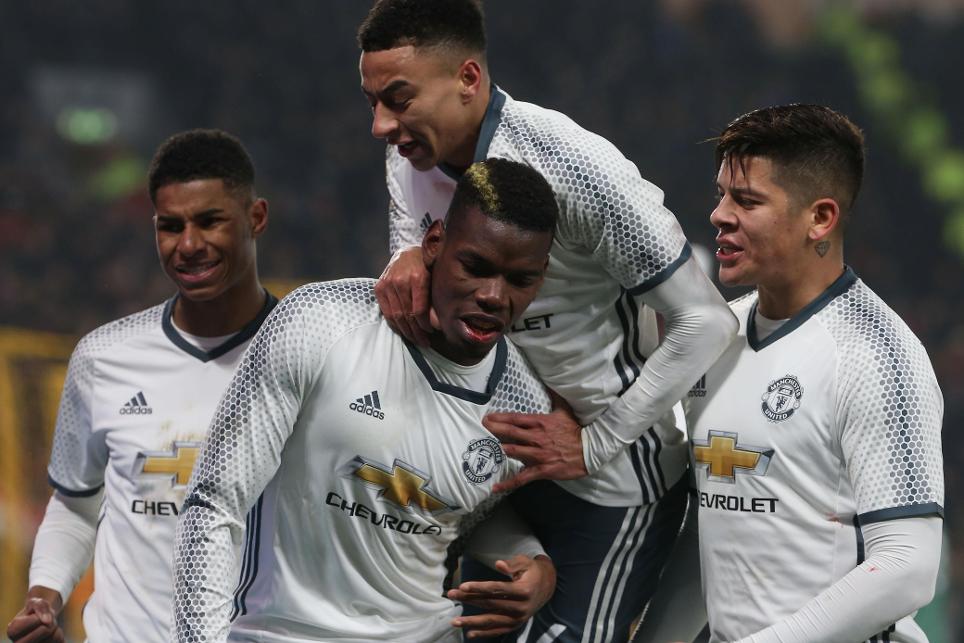 Only two midfielders can better shot output of Man Utd star, who may just have set up a double Red Devils Gameweek

Paul Pogba (£8.5m) again demonstrated his Fantasy Premier League potential by providing the goal that steered Manchester United to the final of the EFL Cup.

The Frenchman scored his side’s consolation in a 2-1 loss to Hull City at the KCOM Stadium, sealing a 3-2 semi-final aggregate win.

Pogba’s latest reminder to FPL managers arrives ahead of a favourable stretch of fixtures for Jose Mourinho’s side.

According to the Fixture Difficulty Rankings (FDR), six of United’s next eight Gameweeks score no more than two.

This hands them home encounters with Hull, Watford, AFC Bournemouth and West Ham United, in addition to trips to Leicester City and Middlesbrough.

Ranked third among midfielders for total goal attempts this season, the 11%-owned Pogba remains on the radar and could yet prove a worthy differential over the coming spell.

But investment in Mourinho’s side is likely to be tempered given that their progress to the EFL Cup final has postponed their derby with Manchester City due to be played in Gameweek 26.

That fixture will now be rescheduled with a date yet to be confirmed.

With Southampton's Gameweek 26 meeting with Arsenal also postponed, the two most popular players in FPL, Zlatan Ibrahimovic (£11.7m) and Alexis Sanchez (£11.9m), along with City’s 20%-owned Sergio Aguero (£12.8m), will be without a Premier League fixture that weekend.

Furthermore, should any of Southampton, Man Utd, Man City or Arsenal progress to the FA Cup quarter-finals - scheduled to take place on the weekend of Gameweek 28 - then their FPL assets could miss two Premier League fixtures in three Gameweeks.

This will result in the affected teams facing more than one fixture in a single Gameweek at a later date, or a "double Gameweek", providing a platform for potentially huge returns further down the line.

For Hull, Thursday's victory means they have now won their three home matches across all competitions since the appointment of head coach Marco Silva.

The Tigers’ form at the KCOM Stadium looks vital to their battle against relegation and could boost interest in their key assets ahead of a kind array of home fixtures.

From Gameweek 26 onwards, they face opponents on home turf that score no more than two in the FDR, as Burnley, Swansea City, West Ham United, Middlesbrough, Watford and Sunderland pay visit.