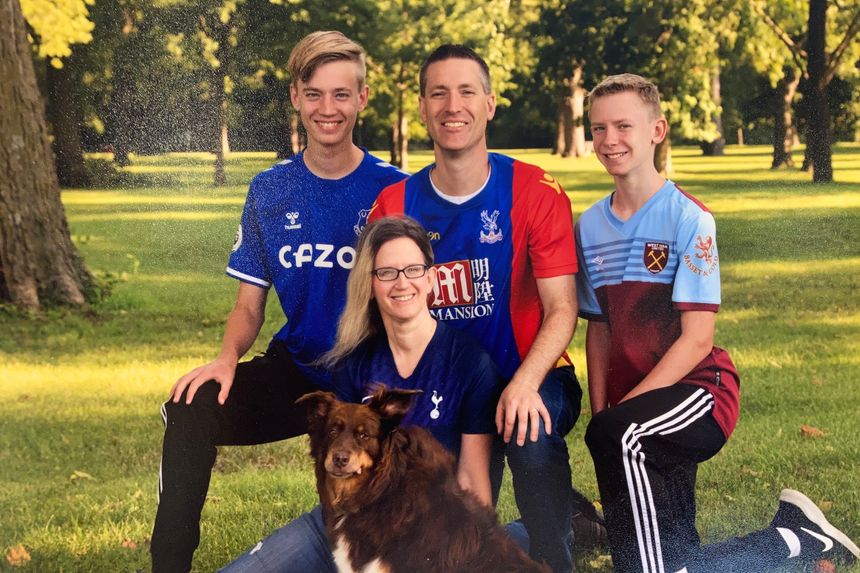 The four members of the Stevens family all love the Premier League dearly, but that is where the similarities between them stop.

“We always cheer for the same American teams in our house so we thought it would be fun to see what would happen if we each chose our own teams in the Premier League,” said Carolyn, mom and resident Tottenham Hotspur fan.

Her husband Kirk supports Crystal Palace, their oldest son Jacob is an Everton fan, and their youngest son Will is all in on West Ham United.

Most fans want their team to win the PL trophy, but for the Stevens family, the battle to finish atop their 4-team table is just as intense.

That's why their #MyPLWish was to have an official Stevens family PL table and champions plaque to keep the family rivlary going strong. pic.twitter.com/oAK5mSQ730

As the family fell in love with their respective clubs, they started to track how they performed against each other every season, eventually creating a four-team table that kept note of their head-to-head matchups.

At the end of each season, the family member whose club performed the best against the other three was awarded the Stevens family trophy.

This fun and burgeoning rivalry between the family was what spurred Carolyn’s #MyPLWish to receive an official PL table and champions plaque that would recognize the Stevens family competition and keep the rivalry going strong.

The Premier League was happy to deliver, sending Carolyn a large PL whiteboard table with club-specific magnets and marker boxes for each family member to track their own club, along with a champions plaque that can be updated every season with that year’s winner.

Carolyn surprised the rest of her family with the gift from the Premier League. They were overwhelmed with excitement when they opened it and got to fill out the table and award the champions plaque to this year’s winner, Will and his Irons.

The table and plaque now hang proudly on the wall in the Stevens’ living room, ensuring that the family rivalry will keep going strong for years to come.