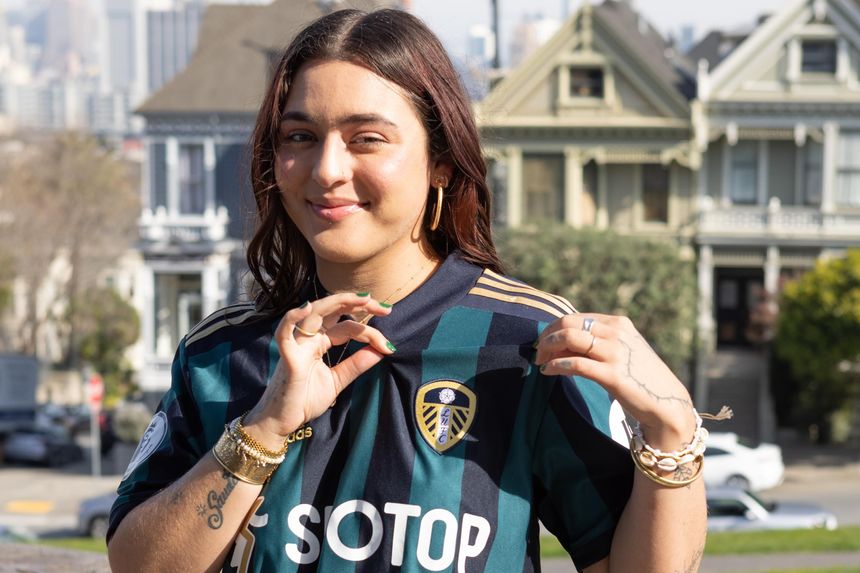 Meet Gabi, a Leeds United supporter in San Francisco whose love life switched from a temporary boyfriend to a life-long club.

"That's what this woman with a really thick British accent told me at a bar in San Francisco.

"For some reason, those words have just stuck. Now look at me, I'm a die-hard Leeds fan.

"My whole family is Brazilian so we are football fans by blood, but more on that later… I grew up watching matches with my dad and supporting clubs down in Brazil. Funny enough I found out later that Leeds' winger Raphinha is from the city he's from.

"My Leeds story, however, starts with a guy I was dating at the time. He was a Bayern Munich fan and randomly decided to start following Leeds because he wanted to get into the Premier League. So I watched the Amazon Prime documentary on Leeds to learn more about the club.

"From there, I started watching the games and diving head-first into the Leeds community. I broke up with the guy, so I decided to meet with the Bay Area Leeds Supporters' group on my own.

"Being this little 5ft 2in woman with a bunch of tattoos and piercings, I feel people sometimes look at me and assume I don't know anything about soccer.

"The Leeds supporters, though, created an incredible environment. It made a world of difference being surrounded by people to talk about the game with.

"Maybe I'm biased but I truly believe we have some of the strongest and most loyal supporters in the Premier League and around the world.

"You know the gritty, underdog energy Leeds has? I love it. Growing up I felt like an underdog. I think that's why I related to it."

"You know the gritty, underdog energy Leeds has? I love it. Growing up I felt like an underdog. I think that's why I related to it. Leeds work so hard and never give up, and neither does the fanbase.

"For that and plenty more reasons, I have a love deep, deep, deep in my heart for this team. And believe it or not, I found out a little while after I began supporting Leeds that my great, great Grandfather emigrated to Brazil from Leeds.

"I guess you could say, it didn't matter who or what brought me to this club, it was always meant to be. MOT."