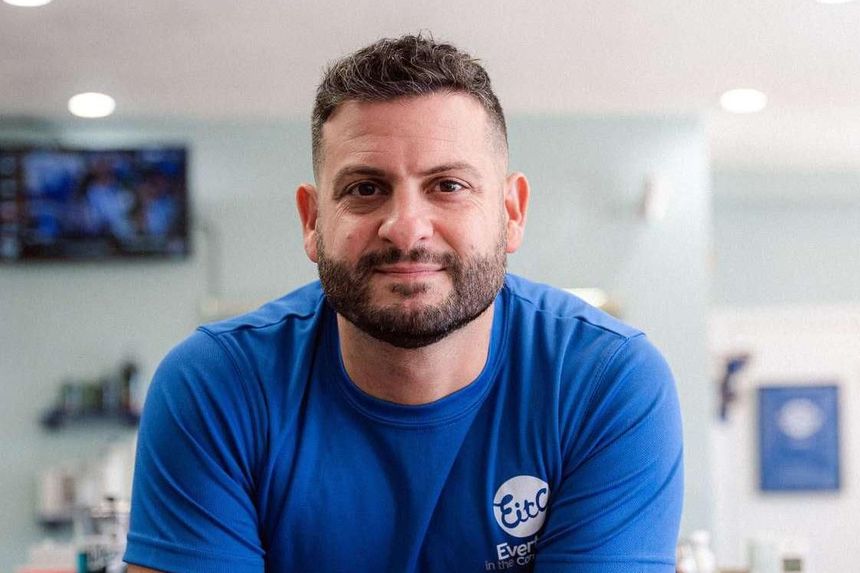 Meet George, a barber in Pasadena, Los Angeles, whose passion for Everton has been returned in a most special way by the club he loves.

“Every time an Everton player shows up in LA, I usually message them on Instagram as a joke, asking them if they’d like me to show them around. No one usually ever reads them, let alone responds to them.

"A few years ago, Everton center-back Michael Keane came to LA and I sent another little joke social media post to him saying, 'Hey, if you want to hang out with us, we can show you around LA.’

"Well, he replied! He said he’d be available in a few hours and we ended up going out to dinner with him in Hollywood.

"We had some snacks and drinks and as we made small talk, he asked me what I did for a living. I told him I was a barber, so if he and his friends wanted a haircut to let me know.

"Later that night, he hit me up. ‘Bring your son, we can play soccer with him while you cut our hair.’

"So I canceled all my clients the next day and headed over to the house they were staying at in LA.

"The whole time I was thinking ‘Don’t mess up, don’t mess up.’ I was cutting Michael Keane’s hair by a pool. It was so surreal, but that wasn’t even the wildest part. He ended up playing soccer with my kid for an hour and a half straight while I cut his friend's hair.

"Two years' later, my son and I were in Florida for one of Everton’s pre-season tours, and I messaged him that we were there. He ran the length of the pitch just to give his jersey to my kid. He’s just such a kind person.

"My kid looks up to him and has his poster up in his room now. It’s a very unique thing that doesn’t happen with many clubs, and with Everton, it’s the players, the board, and everybody up and down the hall.

"I was amazed when I went over to Liverpool for a match. Everton really is the people’s club for a reason. The fans I met treated me like family, even though I was just some random American fan.

"So, I try to pay it forward. When Evertonians from the UK visit LA, my deal is giving them a free haircut.

"I started following Everton back when Tim Howard first started there and then fell in love. I never expected everything that’s happened since then.

"From the big things the club does, to the little things, they all add up and you don’t get that at every club. Everton is special.”