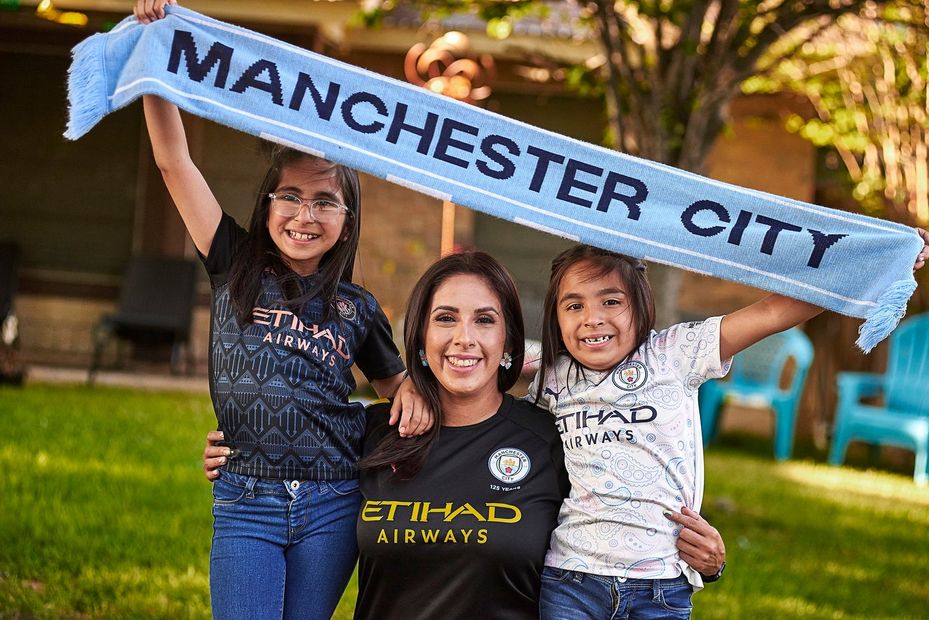 The Premier League's US Instagram account @PLinUSA celebrates the passionate, diverse PL fandom from coast to coast in the series Premier League passion in the US: Fans' stories.

Meet Lilly, a mom in San Antonio, whose love of Manchester City has become a bonding experience for her entire family.

"I was introduced to the Premier League because I loved watching Tim Howard when he was the goalkeeper for the U.S. Men’s National Team. So I started off watching Everton just to see Tim in goal, but my husband has been a Man City fan for years – since the Claudio Reyna days.

"I would watch the Man City games with him every once in a while, and I remember watching Pablo Zabaleta and thinking, 'Wow, he's really a lot of fun to watch'. It took off from there, and I truly became a Man City fan, watching their games every chance I had.

"For the last two years, we’ve even done our Christmas photos in Man City kits. It’s become a special thing for all of us."

"Now, I love the team even more than my husband. I mean, he still watches and cares, but now it's me and our kids who are completely obsessed. We can't get enough; the men's team, the women's team, everything.

"It's become a whole entire weekend event for us to watch matches. We have a set-up in our garage with special blue lights and a projector with the big screen. We either cook our own breakfast or order breakfast tacos from our favorite local spot down the street, and – depending on who City is playing – our friends will come over to watch too, even at like six in the morning.

"My seven-year-old daughter gets so into it. She'll yell at the TV; she's involved in playing local club soccer, and she knows all the terminology and what's actually happening in the game. It’s so cute, but really amazing too. Our kids love bantering with their friends that may like Chelsea or Manchester United or other Premier League clubs.

"For the last two years, we've even done our Christmas photos in Man City kits. It's become a special thing for all of us.

"Growing up, we were always Dallas Cowboys or San Antonio Spurs fans. My dad didn't care for soccer, but we were celebrating Mother's Day in 2012 and I had the 93:20 game on TV. My dad saw how excited I was, and started asking questions all about the game and the league.

"When we saw them win and lift the Trophy for the first time in more than 40 years in such dramatic fashion, he celebrated like a lifelong fan. He passed away five years ago, but I treasure that moment we got to share."