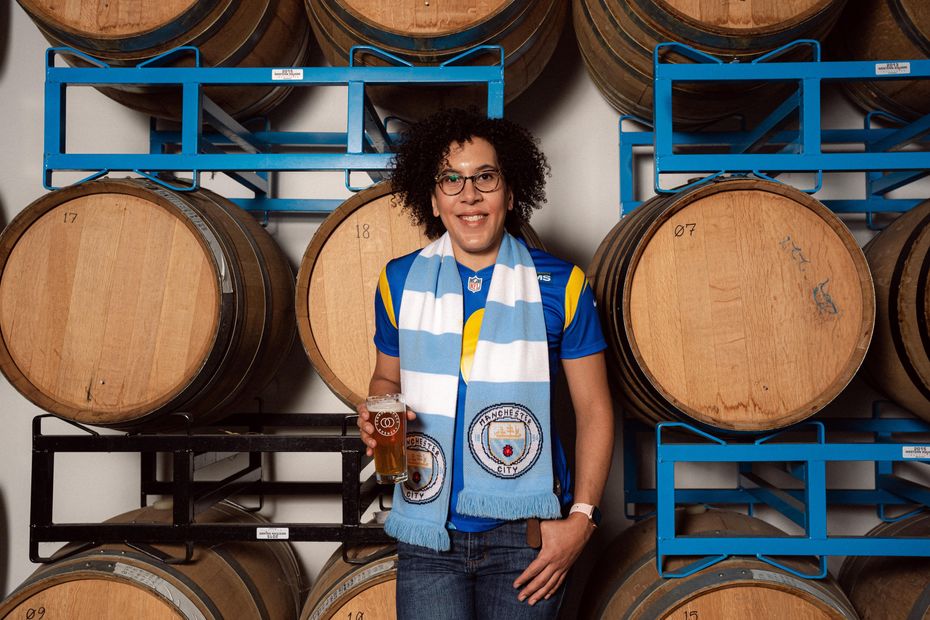 Premier League passion in the US: Fans' stories
League's global support boosting UK appeal
Premier League and NBC to spice up your Sunday

Ahead of Super Bowl 2022 between Cincinatti Bengals and Los Angeles Rams, fans from either team have been asked to discuss their favourite Premier League clubs.

Meet Josie, a Manchester City and Rams supporter in Los Angeles whose passion for her sports teams and career have brewed something special this year.

“I was born and raised in LA. When I was nine, the Rams and Raiders left town so I spent most of my formative years without an NFL team.

"Around the same time, I decided I wasn’t going to choose a Premier League team to follow until I saw one in person. Funnily enough, Manchester City came to LA before an NFL team came back.

"City played in LA during their U.S. tour after they’d won the 2011 FA Cup. Mario Balotelli did that failed trick shot in front of goal and I was like, 'Okay, this is my team forever.' And I’ve been all about them ever since.

"Then when the Rams came back in 2016, it was a similar thing. Again I was like, 'Alright, this is my NFL team. I’m going to go all in.' Week by week it felt like my fandom would grow as I got to know the team better.

"I’ll be walking my dog around Koreatown in my Rams jersey and people will stop me and say, 'Gotta get that win today.'

"Obviously in LA there’s fans of every NFL team here, but there’s a serious passion for the Rams for those who have embraced them.

"I’m all in on pretty much everything in my life. I changed careers a couple years ago, going from a freelance journalist to becoming a brewer. I learned the trade on the job and now I produce all of the beer at our brewery.

"There’s a lot of pride in being able to say our brewery has women-brewed beer, because there’s not many breweries in LA that can say that. It’s become a real passion of mine.

"That goes for Man City as well. Part of being a west coast PL fan is you’ve gotta wake up early and when need be, I'm up at 4:30 AM in my City kit ready to go. That dedication can only manifest in something you love so much.

"But, when we get the benefit of a slightly later kick off, the routine includes tacos. There’s a taco truck on every corner in my neighbourhood, literally every corner. So when we’re 30 minutes until kick off, I tell everybody to go get tacos and then lock in on City.

"With the LA Rams both playing in and hosting the Super Bowl this year, and City closing in on the title, it seems this could be a year to remember. Looking back, I’m certainly glad one of my teams came to visit and the other came to stay.”