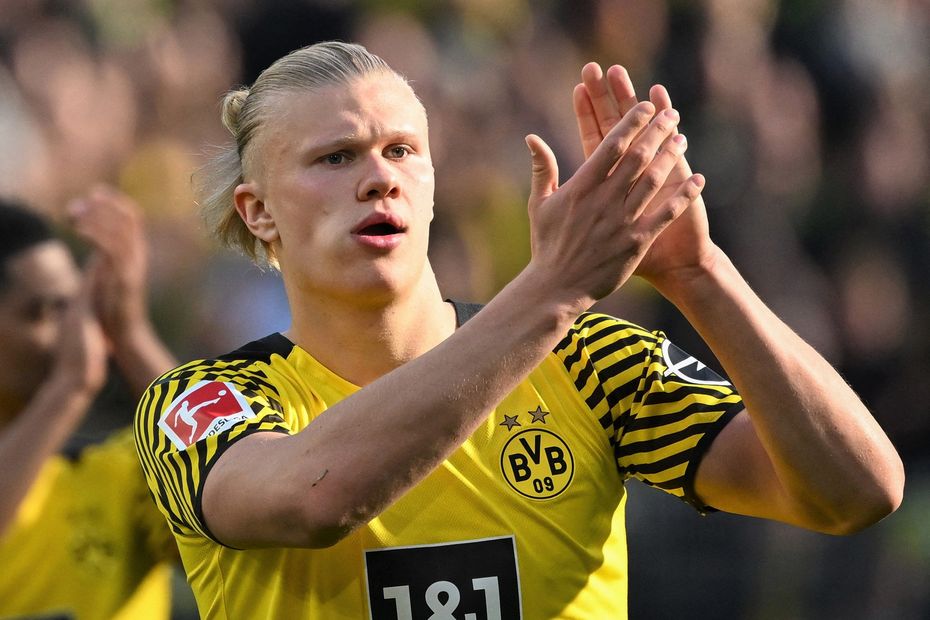 Manchester City have announced a deal in principle to sign Erling Haaland from Borussia Dortmund.

The Norway forward will join the club on 1 July, with the transfer subject to Man City finalising terms with the player.

Haaland is widely regarded as one of the world's best strikers and becomes City's first signing of the summer transfer window.

The 21-year-old enjoyed a prolific three-year spell with Dortmund, where he scored 61 goals in 66 Bundesliga matches and claimed a hat-trick on his UEFA Champions League debut.

He started out at Norwegian club Bryne before moving to Molde at the age of 16, where he thrived under the management of Ole Gunnar Solskjaer.

Haaland spent a further two seasons at RB Salzburg, where he produced 16 goals in 17 league matches.

He follows in the footsteps of his father Alf-Inge, who played in the Premier League for Man City, Leeds United and Nottingham Forest.

City fans will find out who their side will play next season when the 2022/23 fixtures are revealed on Thursday 16 June, with the campaign starting on the weekend of 6-7 August.

Haaland could make his first appearance in a City shirt when they play Club America in a friendly in Houston, Texas on 20 July.

See: Analysis: How Haaland will take Premier League by storm