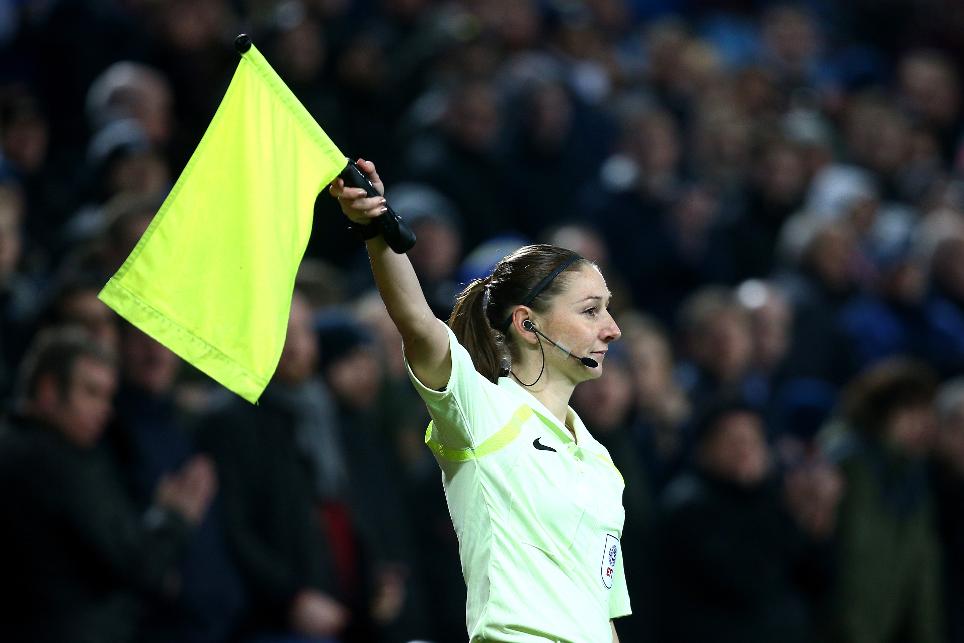 Professional Game Match Officials Limited (PGMOL) has congratulated Select Group assistant referee Sian Massey-Ellis after she was awarded an MBE for services to football in the New Year’s Honours list.

Massey-Ellis, a referee in the women’s game who officiated the 2010 Women’s Premier League Final, became a professional match official when appointed to the PGMOL Select Group assistant referee’s list in 2010

“I am thrilled to have been awarded an MBE – it was a complete shock when I found out and I want to thank everyone who has helped and guided me in my refereeing career to date,” said Massey-Elllis.

“I love football and it is a privilege to officiate in Premier League and EFL matches, and to have refereed at all levels of the women’s game. I hope to continue refereeing for many years to come.

“On a personal level I am particularly pleased to see women’s football continuing to grow and develop and hope that my role in the game can inspire girls to play football, or get involved in the sport in other ways.

“I want to give a final thanks to my husband and my wider family. Without their support, particularly since the birth of my wonderful daughter Harriet, I could not have achieved any of this.”

The PGMOL is responsible for training, selecting and managing match officials for Premier League, EFL and FA Cup matches. Its Select Group, of which Massey-Ellis is a member, includes the highest level of elite referees and assistant referees in this country.

“Sian is one of the most talented assistant referees in English football and thoroughly deserves this award. I speak on behalf of everyone at PGMOL in congratulating her,” PGMOL Managing Director, Mike Riley, said.

“Sian loves football and is widely respected across the sport. Her dedication to refereeing, and commitment to high standards, make her a great role model for any up and coming match official.

“I hope this recognition of Sian’s success will encourage more women and girls to get involved in refereeing and other areas of English football.”

Arsenal Ladies captain Alex Scott has also been recognised in the Queen’s New Year’s honours list with an MBE for her "outstanding contribution to Women's Football".

Aside from her successful career on the pitch, Scott has worked to create awareness for women's football, with an aim to encourage young girls to take up the game.

💬 "I just can't comprehend it. It's still not sinking in, it's just like... wow!"@AlexScott's reaction ➡️ https://t.co/ZbJRan8DLH pic.twitter.com/9dLM9sjvsY

She supports Arsenal's wide-reaching community work, and earlier this year travelled to Iraq to visit a football project funded by The Arsenal Foundation, in partnership with Save the Children.