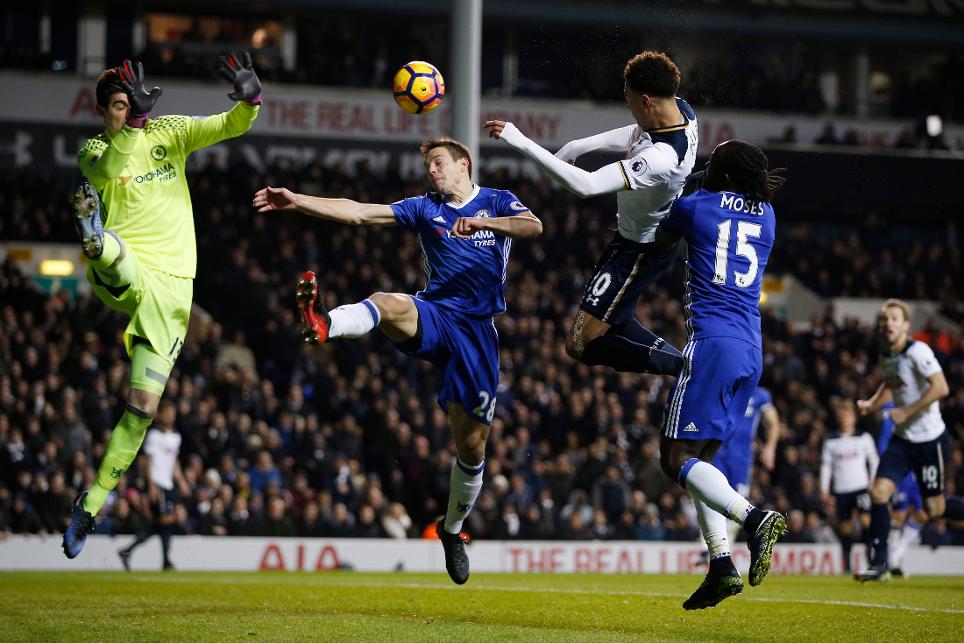 Alli scored either side of half-time to earn Spurs only their second Premier League victory over the Blues in 14 attempts and deny Chelsea a record-equalling 14th consecutive top-flight win.

The story might have been different had Eden Hazard’s fifth-minute shot not fizzed wide but after Victor Wanyama and Christian Eriksen shot wide from range, Alli met Eriksen’s cross on the stroke of half-time.

Chelsea threatened through Diego Costa and Hazard, the latter heading wide from close-range, but Alli made no mistake when invited to score by Eriksen again.

Man of the Match: Dele Alli