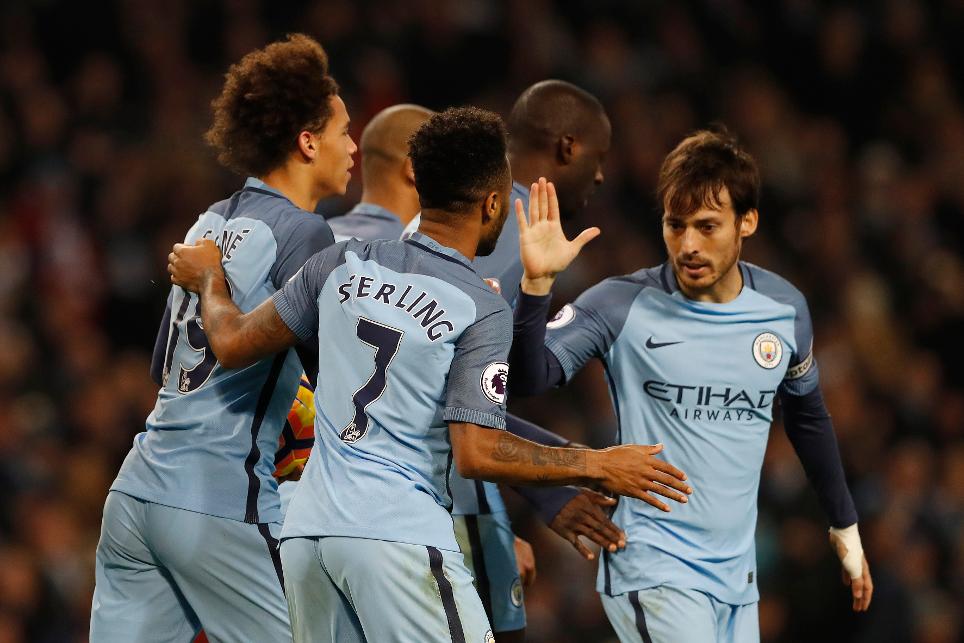 Ilkay Gundogan (knee ligaments) is a long-term absentee for the hosts, while fellow midfielder Fabian Delph (pelvis) and centre-back Vincent Kompany (knee) remain injured and Leroy Sane is out with a muscular problem.

January signing Gabriel Jesus has strengthened the Manchester City attack but remains "a few weeks away" according to Pep Guardiola.

The only absentee for Burnley is defender Dean Marney, who picked up a fifth yellow card of the season in the 4-1 win over Sunderland on Saturday, prompting his suspension.

Both previous Premier League meetings between these sides at the Etihad Stadium have finished level (3-3 and 2-2), with Burnley equalising in the final 10 minutes both times.

Man City are unbeaten in their last 28 home Premier League fixtures against newly promoted sides (W25 D3) since losing 0-2 to Reading in February 2007.

Along with the KCOM Stadium, the Etihad is one of only two Premier League grounds that Burnley have visited more than once and not lost at.

City have lost only once in their last 12 Premier League contests at the Etihad Stadium (W7 D4) and have found the net in 16 of their last 17 matches on home soil.

Pep Guardiola: “We are only entering the second half of the season and there is still more than five months to go so it’s a bit early to be worrying too much."

Sean Dyche: "It’s about concentrating on a performance. We did that very well at home and pushed City close to getting something from the game and arguably deserved something.