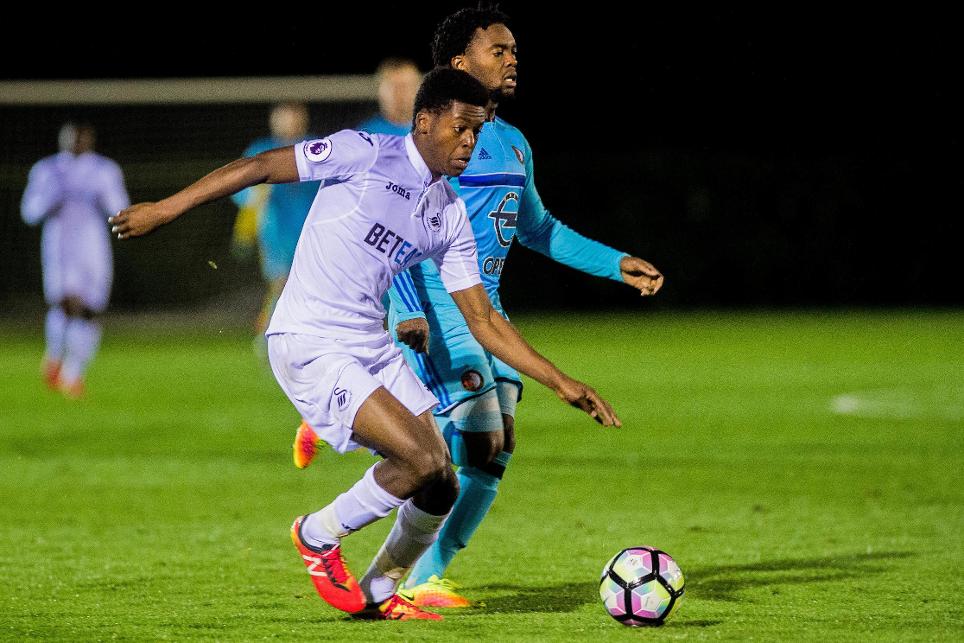 Botti Biabi scored the only goal as Swansea City’s march towards promotion from Division 2 continued with an eighth victory in a row, beating Blackburn Rovers 1-0.

The winner came on the half-hour as Biabi, pictured above, headed in Alex Samuel’s cross.

Rovers battled for an equaliser at home but in vain and remain eighth with 16 points.

8️⃣️ #PL2 wins in a row! But Richards still wants improvements from the young #Swans.
👇 https://t.co/FytxDSJZqk

The win meant Swansea extended their lead over Newcastle United, whom they play next on 16 January, to 13 points.

Rovers next travel to Wolverhampton Wanderers in Division 2.

Rovers' Under-23s went down to narrow 1-0 loss at home to Swansea City on Friday afternoon.
Read more at https://t.co/jnRr7fOLuw pic.twitter.com/Z7Cd2yvcr7