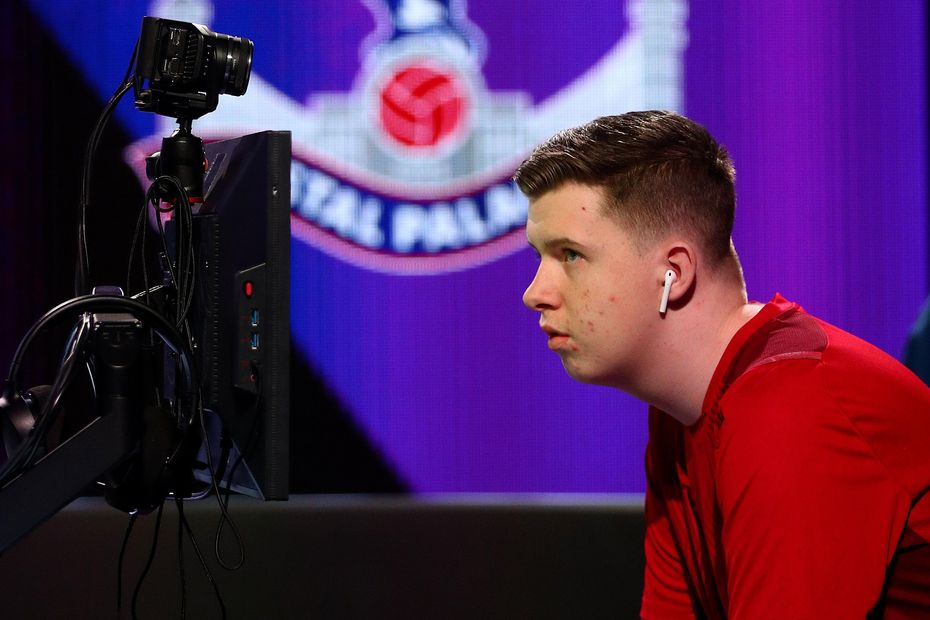 Crystal Palace are now favourites to become the new ePremier League champions after a thrilling 3-1 quarter-final victory over Liverpool, who had been the only team to win all of their group matches.

The importance of the tie was underlined as gamers from both teams predicted that the winners would go on to take the trophy.

The 2018/19 ePL champion Tekkz, representing Liverpool, said: “We’ve all been saying it in the lobby and the player room. Everyone thinks whoever wins this game will win the tournament. This should have been the final.”

Palace’s Xbox player NiKSNEB JR added: “I definitely agree. The winner of this game will win the final.”

Whoever does lift the trophy will be a first for that Premier League club, as all the previous winners have been knocked out.

NiKSNEB frustrated Tekkz in the first leg, restricting the Liverpool star to few chances in a gritty 0-0 draw.

Those efforts were rewarded as his Palace team-mate EthxnH went 2-0 up against Diogo on Playstation 5, scoring both of his goals with Allan Saint-Maximin.

Diogo hit back to leave a pivotal tie on a knife-edge, but EthxnH broke away late on to complete a Saint-Maximin hat-trick and seal the win.

Palace will go on to face ePremier League new boys Brentford, who picked up where they had left off overnight when winning Group A by earning a 6-3 victory over Aston Villa in their quarter-final.

With the first leg finely poised at 1-1, the Bees’ Xbox player SamBrwster struck quickfire goals in the 82nd and 86th minutes through Cristiano Ronaldo.

That gave his team-mate czohino a 3-1 lead going into the second leg on PS5, which was quickly extended with two more Ronaldo strikes.

Villa’s kyrowley started a comeback, scoring twice in succession, but when he went ultra-attacking in the closing stages, czohino struck on the break to settle the matter.