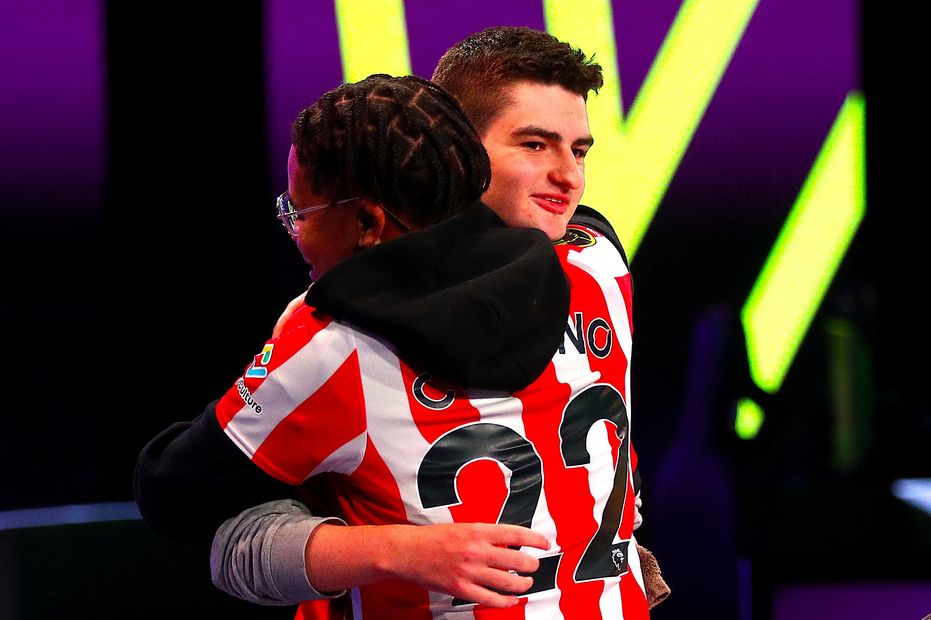 Palace had eliminated tournament favourites Liverpool in the previous round but were in turn undone by underdogs, with the Bees battling to a 1-1 draw over two legs and extra-time and then triumphing 4-1 in the shootout.

In a first leg played at lightning-quick speed on Xbox, Palace’s NiKSNEB had the majority of the chances but was unable to find a goal.

His Palace team-mate EthxnH also dominated in his PS5 duel but fell behind in the 55th minute as czohino jinked outside the goalkeeper with Allan Saint-Maximin to score.

A deserved equaliser came 19 minutes later, with EthxnH running clean through with Saint-Maximin and finishing with a virtually identical trick to that of the opening goal.

The tie went back onto Xbox for 30 minutes of extra-time, and SamBrwster and NiKSNEB each had a big chance with Cristiano Ronaldo, forcing fine saves.

A penalty shootout ensued and SamBrwster saved two out of three spot-kicks while converting all four of his, delivering the final blow with Saint-Maximin to triumph 4-1.

Norwich went into their semi-final against Leeds United as the top-scoring team in the tournament, having struck 29 times in five matches.

However, their star man Damian Augustyniak struggled to create chances in his first leg against 2020/21 ePL runner-up Ollelito, who was unfortunate to end up with only a 0-0 draw.

Ollelito had a goal from Saint-Maximin disallowed for offside and was then denied by Augustyniak’s goalkeeper four times.

Chances were at a premium in the second leg on PS5 before GoalPoacher_ broke the deadlock through a sweet Marcus Rashford strike.

Then with five minutes to play, Norwich doubled their advantage as Mohamed Salah swept in following a flowing move down the left.

🔒 LOCKED IN 🔒 @NorwichCityFC are through to the #ePL Grand Final as @GoalPoacher_ fires the Canaries past Leeds! 🎯#ePremierLeague | @EASPORTSFIFA pic.twitter.com/ZMhqbJUhVm

MHaywxrd responded immediately for Leeds with a Rashford goal of his own, but he was unable to find a late equaliser as Norwich sealed their place in the final with a 2-1 victory.