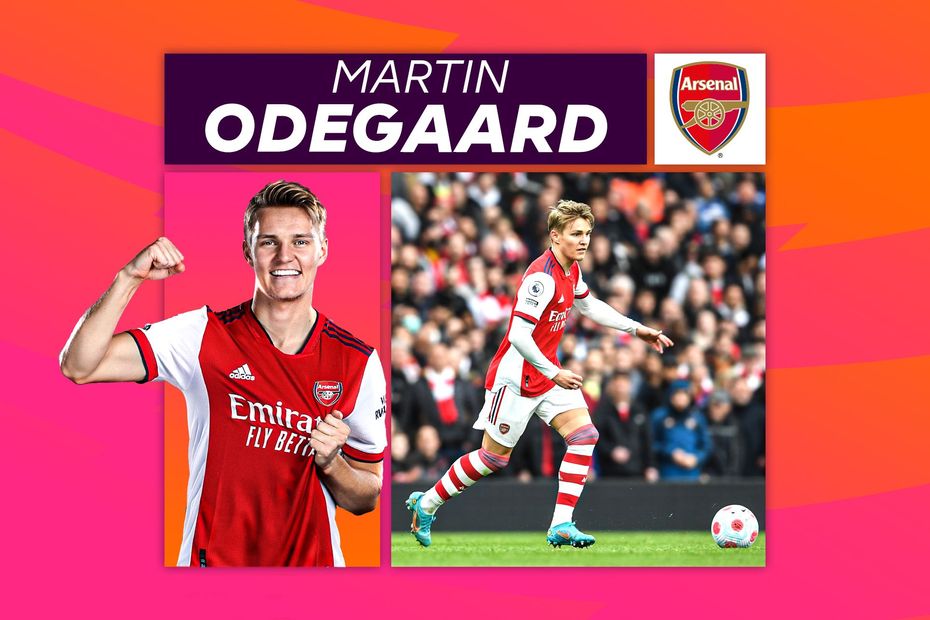 Hoddle: Partey and Odegaard playing at their best
Liverpool look for first hat-trick of wins at Arsenal
Iconic Moment: Henry hat-trick against Liverpool

Adrian Clarke looks at key tactical points and players who can be decisive in Matchweek 29.

Odegaard is undoubtedly one of the Premier League's most in-form players and he could make the difference for Arsenal in their eagerly anticipated home encounter with title-chasing Liverpool on Wednesday.

As part of a settled midfield three that also features Thomas Partey and Granit Xhaka, the Norwegian has been consistently influential for the Gunners in recent weeks.

Instead of playing as a No 10, Odegaard has been used as a right-sided box-to-box midfielder in a 4-1-4-1 formation and he has flourished in that position.

Confident in possession, he is always trying to be creative and is forming a wonderful chemistry with Bukayo Saka down the right.

The midfield duo have tormented a series of opponents over recent weeks and are playing well enough to cause Liverpool left-back Andrew Robertson plenty of problems at Emirates Stadium.

Odegaard and Saka combined beautifully to score Arsenal's opening goal in the recent 3-2 win at Watford and their interplay has been the standout feature in a formidable run that has produced five successive Premier League victories.

The Norwegian drifts into half-spaces down the right, directing more passes to Saka and Cedric Soares than any other team-mate during this winning sequence.

Jurgen Klopp will be well aware of the threat posed to his side's left flank and will doubtless move to prevent this creative output.

Mikel Arteta is delighted with his summer signing's form but also with his attitude and application off the ball.

Odegaard is continually on the move, looking to find space to receive a pass and willing to press defenders with aggression.

For these reasons, it is no surprise that the 23-year-old tops Arsenal's rankings for 'Distance covered per 90' as well as 'Average speed'.

Odegaard's guile is complemented by a high physical output; a manager's dream.

Most distance covered for Arsenal*

As Odegaard's confidence has risen and his role within the starting XI has grown, so too has his impact on the team’s creativity.

Over the course of his last 12 league appearances, Arsenal's No 8 has created 3.1 chances per 90 minutes, a huge improvement on his end product earlier on in the campaign.

He now demands the ball with greater regularity, probes with intent and pushes himself into the final third to take more shots himself. Odegaard has been a constant threat for opponents.

Only four points off leaders Manchester City on the back of an eight-match winning run of their own, Liverpool will understandably start this match as favourites.

It is worth noting, however, that over the course of the last 10 league matches, these two sides share identical records with eight wins, one draw and one defeat apiece.

If he plays well again, Arsenal can put a dent in Liverpool's title aspirations.

Part 2: Allan can give Everton midfield the right balance