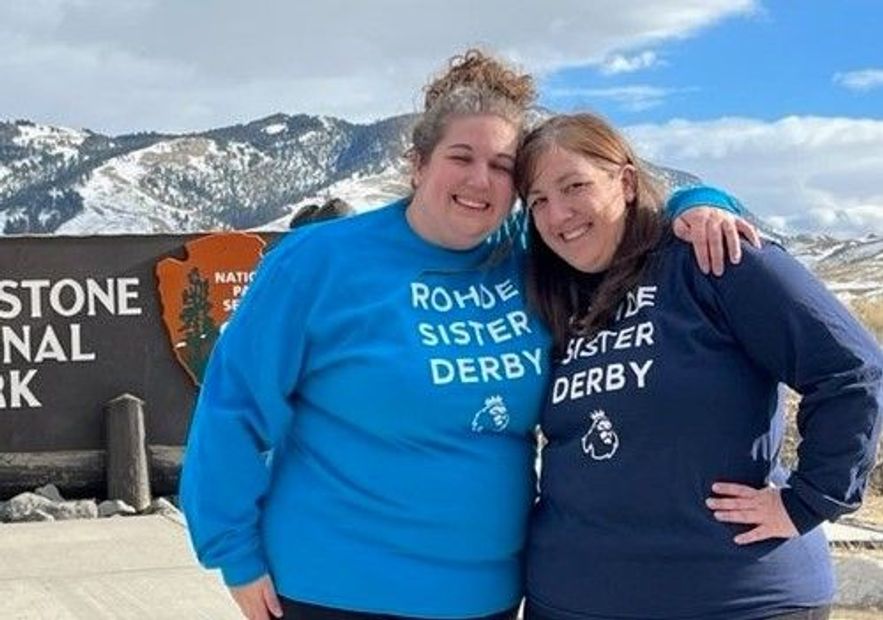 The Manchester Derby. The Merseyside Derby. The North London Derby. All major rivalries, but all pale in comparison to the "Rohde Sister Derby".

Despite supporting different clubs, Emily and Beth are inseparable best friends, and they have both influenced each other’s love for soccer and the Premier League.

“I played soccer from third grade to high school, and what older sister does little sister has to follow,” says Beth. “But Emily really got into the Premier League and Man City first and it was a couple years after her that I felt I needed to pick a team and get into this too.”

Emily is deeply appreciative of everything her older sister has done for her, and that is why she submitted a #MyPLWish to surprise Beth with an extra special Rohde Sister Derby to show her sister what she means to her.

“She’s my big sister, she always took care of me and wanted to see me grow,” says Emily. “Now as adults we are best friends, and she is who I go to when something happens, good or bad. And for all of that, I wanted to show her how grateful I was.”

While normally watching the rivalry match at home in Minnesota, the latest instalment of the Rohde Sister Derby on 19 February coincided with Emily, Beth and their mother taking a trip to Yellowstone National Park.

To ensure that they would still be able to watch the match while out in the wilderness, the Premier League sent a survival kit, complete with "Rohde Sister Derby" shirts in their team’s respective colors, PL drawstring bags, water bottles, a portable charger, and hiking snacks. Emily was able to surprise Beth with the gift when they arrived in Yellowstone.

Allow us to introduce Emily Rohde, who wished to spend another special matchday together with her older sister & best friend Beth!

As our sisters go head-to-head today in the #RohdeSisterDerby from Yellowstone National Park, we sent a #MyPLWish survival pack & shirts!✨ pic.twitter.com/qx9SAMgoLv

“I was very surprised, opening the gift was incredible.” says Beth. “It was so thoughtful of Emily to celebrate our friendship and our derby like this, and it was the perfect way to make the weekend special.”

It would turn out to be a Rohde Sister Derby truly like no other they had experienced, and one that they would cherish for ever.

“I was so grateful to be able to celebrate her, to celebrate us and this Rohde Sister Derby that we have going on,” says Emily.