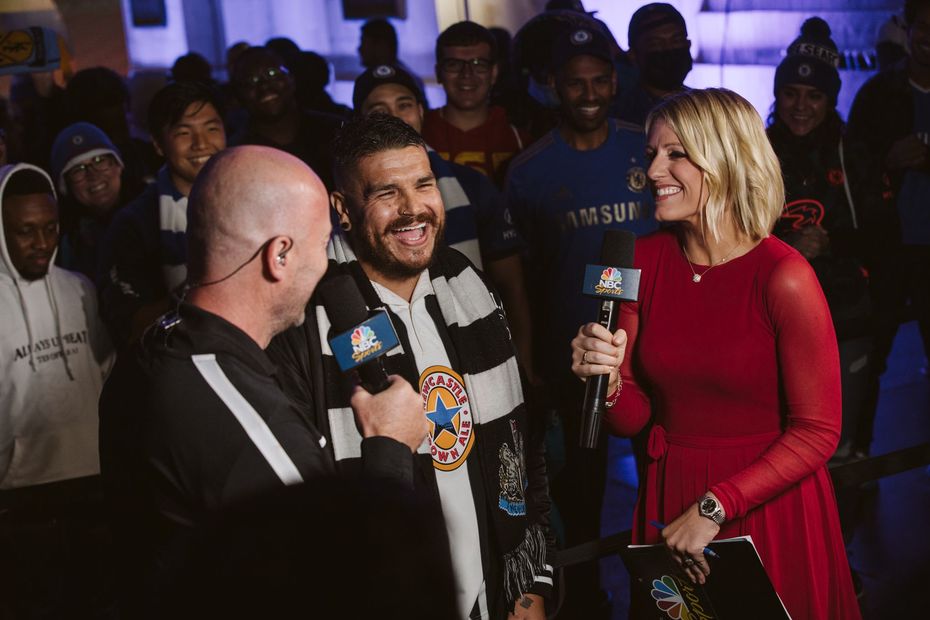 Last month we shared Shade’s story, that of an American Newcastle United fan who fell in love with the club when he made a visit to St James’ Park, and never looked back.

The chants, the kits, the love for Alan Shearer - he was all in.

At the time, he was living in Newcastle attending graduate school. His grandma, who Shade calls his mum, who was back in California, missed him dearly, so she began watching matches on TV in the hope of seeing Shade in the stands.

Over time, she quickly fell in love with the club as well. Upon his return to the United States a few years later, Shade and his mum would watch matches together, and their relationship continued to grow over their support of the club.

Unfortunately, in early 2021, she passed away. Shade's one wish was to be able to experience one more matchday with her.

When the Premier League and Newcastle heard about it, they sprung into action to grant his wish in a unique way, and surprised him at last weekend's Premier League Mornings Live Fan Fest in Los Angeles.

Shade's love of Newcastle helped him to grow closer with his mom before she sadly passed away earlier this year. His wish was to share one more matchday with her.

With the help of @NUFC and @alanshearer, we were able to help make that wish come true ❤️ #MyPLWish pic.twitter.com/Af4pWqQ7HZ

With the help of NBC Sports host Rebecca Lowe and Shearer, Shade was brought on live television ahead of Newcastle's match against Crystal Palace to speak about his love for the club.

He was then surprised by Shearer with a Newcastle shirt signed by the first team and adorned with “Mom” on the back.

That kit had been all around St James’ Park during Newcastle’s previous home match, throughout the stands, on the pitch and the club’s memorial garden.

Shade was incredibly touched by the kind gesture, which had him shedding tears, and has been so moved by all the messages of support from his fellow Toon Army.