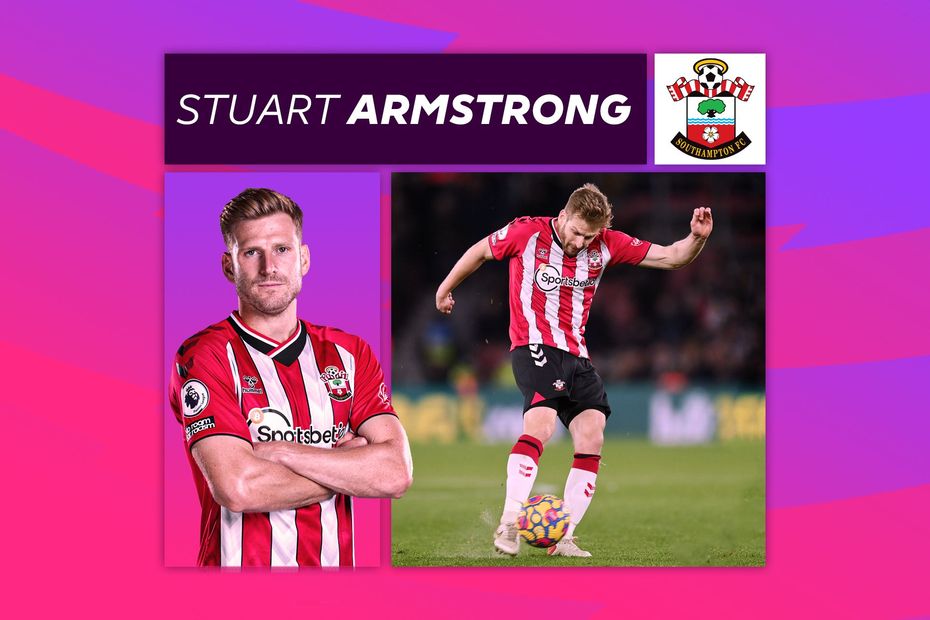 The return of Stuart Armstrong to full match fitness has potential to help Southampton challenge for a top-half finish this season.

The 29-year-old is not regarded as a "star" name at St Mary’s Stadium, but he is understatedly influential for Ralph Hasenhuttl’s side.

Linking the midfield and attack with his quality on the ball, smart movement and intelligent decision making, Saints' results have been significantly better with Armstrong in the side.

Now he has recovered from a calf injury, Southampton look better equipped to turn more draws - they have had nine this season - into victories, potentially starting with a three-point haul at home to Brentford.

The last time Southampton won a Premier League match without Armstrong playing any part was a 2-1 success against Norwich City in December 2019.

Since the start of 2019/20 Saints have a win ratio of just 7.7 per cent in his absence, earning a measly 0.6 points per match. When the Scot is available to start, Southampton have won 42 per cent of their matches, a remarkable difference.

The midfielder, who has started their last two matches, is also unbeaten in nine appearances for club and country so far this season.

Why are Southampton more formidable with Armstrong in the side?

The answer is not immediately obvious because, in essence, he is a neat and tidy wide man who usually contributes between five and 10 direct goal contributions a season.

What makes the difference is Armstrong’s ability to knit the side together via his footballing intelligence, excellent movement, and sound decision-making.

He is able to play wide right or in a narrower box-to-box midfield berth and is full of running.

He has covered more ground on average than any Southampton team-mate this season at 11.9km per 90 minutes thanks to his good energy levels and a willingness to test his direct opponents physically.

Armstrong is powerful rather than quick, and was Southampton’s best dribbler last season, averaging 2.21 completed take-ons per 90 minutes.

This season, albeit from only 213 minutes of Premier League action, Armstrong is Saints' most creative player.

His bursts down the right channel to tee up opportunities, while also providing diligent off-the-ball work, adds great balance for Hasenhuttl.

When you look across most of the other key individual metrics, Armstrong is not a player who stands out above his team-mates.

His versatility marks him out, but to Hasenhuttl his true value is as somebody he can rely on to make consistently good decisions in and out of possession.

He is a player who understands the feel of a game which has a positive impact on the players around him.

Across a long spell of matches it is proven Southampton are a better, more-rounded team when Armstrong is available for selection.

He can be one of their key men for the rest of the season.