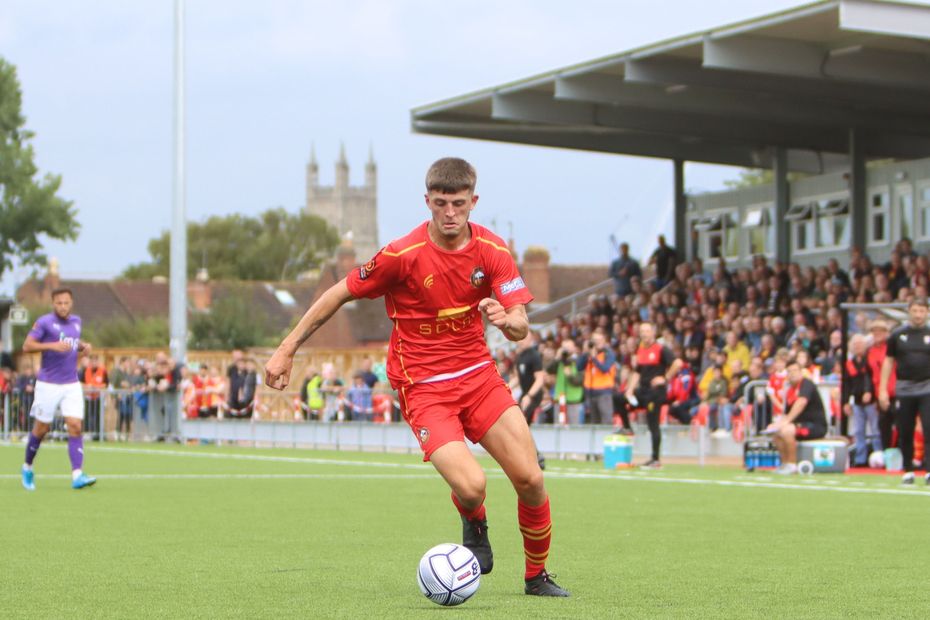 After flooding forced the non-league club from the city, their future is brighter thanks to PL funding

One example of the positive impact Premier League funding has had throughout the football pyramid is at non-league club Gloucester City AFC, who went from being homeless for more than a decade to having a shiny new stadium thanks to PL investment.

Luke Joseph, general manager at the National League North club, in the sixth tier of English football, has seen the transformation of the club that was literally under water to secure a home that is at the heart of the community in the West Country city.

"In July 2007, Gloucestershire experienced unprecedented flooding," Joseph explains. "It had a devastating effect on our football club.

"Over the course of several days, water from the River Severn encroached into our Meadow Park stadium and eventually rose almost to the height of the crossbars, a scene captured by our club photographer Neil Phelps.

"We were forced to vacate our home stadium and spent the next 13 years groundsharing with four different local clubs, which tested our role as part of the Gloucester community.

"The final groundshare forced us to play outside the county at Evesham in neighbouring Worcestershire, with only 161 loyal fans able to be in attendance for our last match there.

"Thanks to the vision and commitment of our owners, who were determined to return the club to its home, a plan for a new flood-proof stadium in the city was proposed.

"The Premier League provided £500,000 towards the cost of the new stadium through the Football Stadia Improvement Fund.

"We started work on the stadium in January 2020 and, while COVID-19 did its best to stop us, we were finally able to play a competitive men's senior match in front of a full crowd, when over 2,000 spectators watched us beat York City 4-0 at New Meadow Park in August 2021.

"The impact of the funding on the club, the supporters and the city of Gloucester cannot be understated.

"We have over 400 players in our men's, women's and academy teams, who are now all able to play and train at New Meadow Park.

"Supporters can now walk to matches instead of making a 30-mile round trip and so we have much larger crowds. The increase in gate receipts is vital for the club's long-term future.

"The club and the city are extremely grateful to the Premier League support in helping us return to our home and look forward to the future."

Gloucester City received a vital additional £15,000 from the Premier League in September last year as part of the Matchday Support Fund.

The fund helped more than 1,000 clubs in the National League System, Women's Football Pyramid and Welsh Premier League to make their stadiums safer given the risks posed by COVID-19.

An extra £500 from the Premier League through the Club Preparation Fund also helped the Tigers' preparations for their new stadium. They were one of more than 40,000 teams to benefit from the fund.

"That finance came at a much-needed time that helped keep the club going during the pandemic," says Joseph.

A further financial boost for Gloucester City and other teams in tiers 5 and 6 came yesterday when the Premier League announced an extra £5million to the 66 clubs in the three divisions of the National League through to 2025.

"That was especially important to Gloucester City during the groundsharing days," says Joseph.

"Even when we were having to play our home matches miles from the city, it helped maintain our link with the heart of the community."