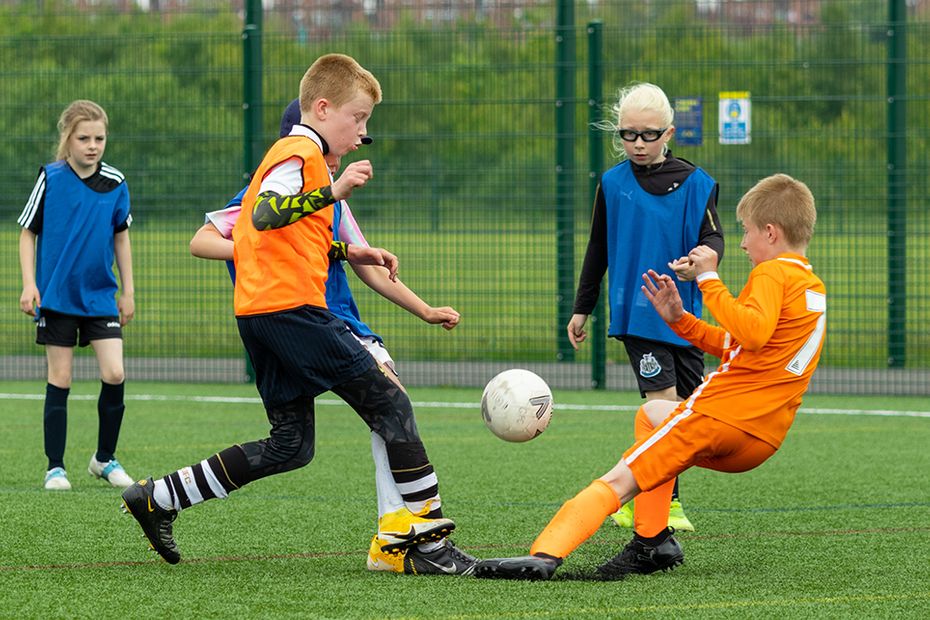 The National League Trust (NLT) has expressed its thanks to the Premier League for its support as it celebrated its Day of Recognition, highlighting the impact that NLT projects, staff and volunteers have had on local communities during the COVID-19 pandemic.

The Premier League funds the NLT together with the Professional Footballers' Association. The Trust supports community programmes run by clubs in the three National League divisions at levels five and six of the football pyramid.

This funding came into sharp focus when football was suspended during the pandemic, as it allowed the Trust and its clubs to help communities with grocery deliveries, online coaching sessions, school holiday courses and outreach to those at risk of loneliness and isolation.

"Thanks to funding from the Premier League and the PFA, National League clubs were able to react and organise quickly to offer invaluable support"

"Thanks to funding from the Premier League and the PFA, National League clubs were able to react and organise quickly to offer invaluable support, and often worked with other voluntary organisations with no connections to football. We are immensely proud of all their efforts and the real difference they made to many hundreds of people in need."

The £1.2million provided to the NLT each season is part of wider Premier League funding to the non-league game.

The League provides £2million each season in solidarity payments to the National League.

It is also the sole funder of the Football Stadia Improvement Fund, which provides grants to improve facilities for clubs from the EFL down to the lower levels of the FA National League System.

Last season, there was additional Premier League support for lower league clubs to prepare for the resumption of football after the pandemic, with more than 1,000 football clubs across 65 leagues in England and Wales, including women and girls' football, receiving over £5million through the Matchday Support Fund.

The Pitch and Club Preparation fund awarded £8.7m to more than 3,000 clubs in the grassroots, non-league and women's game from the Premier League, The FA and Government via the Football Foundation.

The Premier League's Matchday Support Fund also provided £5.5m in grants to more than 1,000 non-league, women's and Welsh clubs across 65 leagues to help make their stadiums and facilities COVID-safe.