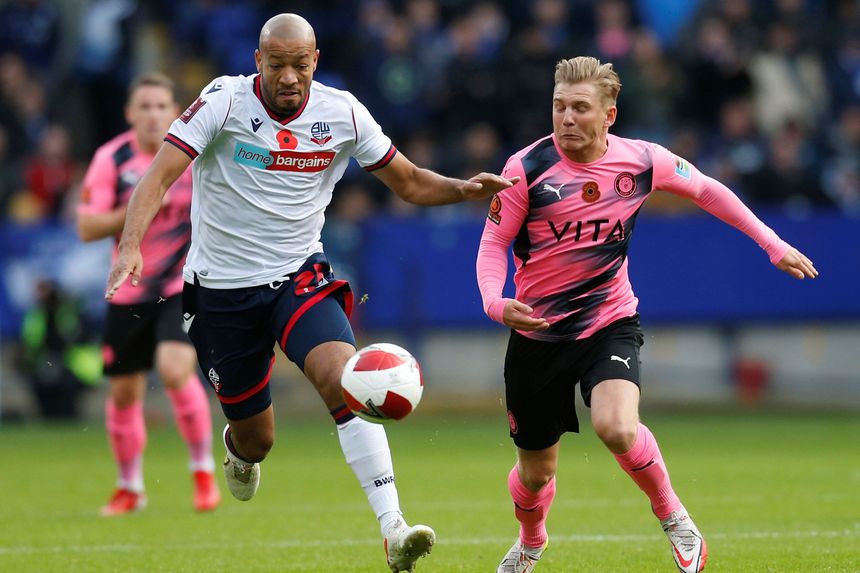 The Premier League has today announced additional funding for clubs in EFL League One and Two, as well as the 66 clubs in the three National League divisions, to help with their continued recovery from the COVID-19 pandemic.

The Premier League has committed to a further £20 million for League One and Two clubs in the 2021/22 season, along with £5m to National League and National League North and South clubs between now and 2025.

This is in addition to the existing world-leading levels of financial support the League already provides to the football pyramid.

It also follows the Premier League's provision of COVID-relief packages for EFL clubs, as well as funds to assist non-league clubs during the pandemic. It will provide targeted assistance for clubs who suffered significant loss of revenue while football was played without fans.

The new funding is part of the additional £100m of investment to which the Premier League has committed over the next four years in order to provide security and continuity to lower-league clubs, and help develop the game.

It forms part of the commitments made to the Government following the Exclusion Order relating to the three-year renewal of the Premier League's UK live and non-live broadcast deal with Sky Sports, BT Sport, Amazon Prime Video and BBC Sport.

Further announcements on financial support for other parts of the men's and women's pyramid will be made over the course of the season.

Richard Masters, Premier League Chief Executive, said: "We are delighted to be able to provide additional support to EFL and National League clubs at a time when the whole of football is looking to return to normality.

"This builds on our long-standing support for football at all levels and is part of additional funding we will provide to the wider pyramid and communities following the Government's approval to renew our UK broadcast arrangements.

"We look forward to working with our football partners to provide more important financial assistance in areas where it is truly needed, which will continue to make a difference to those clubs impacted significantly by COVID-19."

Sports Minister Nigel Huddleston said: "We took action earlier this year to secure the financial position of the Premier League by freezing the broadcasting rights to help weather the storm caused by the pandemic.

"It's great to see the Premier League delivering on its £100m commitment to support the wider football family with an initial £25m down payment for this season for clubs in League One and Two and the National League.

"This latest announcement is brilliant news for National League clubs"

"The Premier League has an important role to play in supporting the game beyond the top tier and this investment will have a positive impact in local communities, help grow the women's game and help unearth the next generation of talent."

National League Chairman Jack Pearce said: "The National League has been in regular discussion with the Premier League and other football organisations to discuss funding throughout the pyramid and this latest announcement is brilliant news for National League clubs.

"We welcome the additional funding which comes after the Premier League provided funds during the pandemic that were crucial to the livelihood of clubs. The impact of COVID-19 was particularly severe at this level of the game and this new investment is a timely boost that will aid clubs in their recovery and enable them to plan for the future."