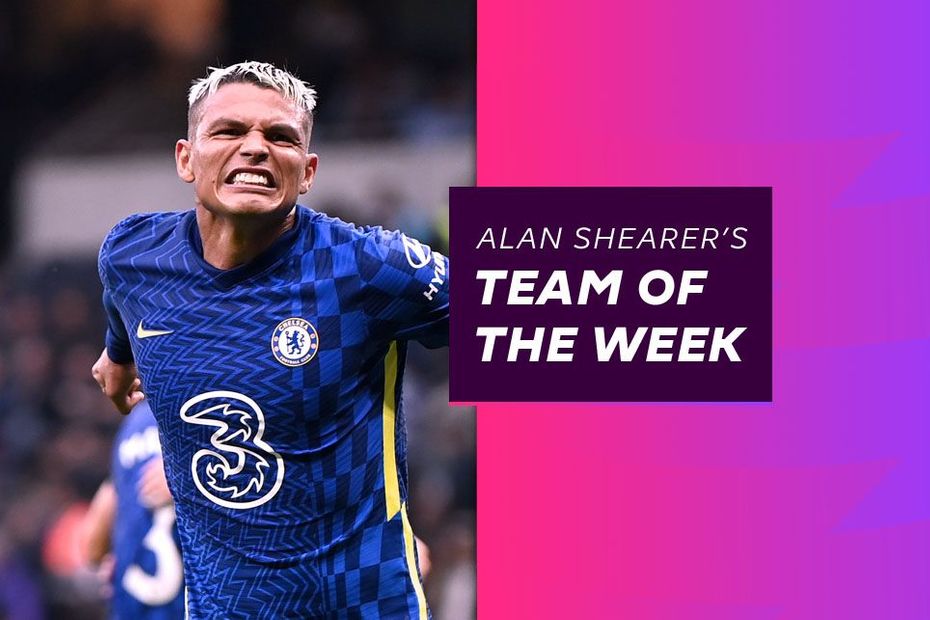 Chelsea produced another fine performance to triumph 3-0 at Tottenham Hotspur on Sunday and go joint-top of the Premier League.

At the heart of their display was centre-back Thiago Silva, who not only scored the opening goal but nullified the threat of Son Heung-min as the Blues extended their unbeaten start to the season.

For Alan Shearer, the Premier League's all-time record goalscorer and Hall of Fame inductee, that London derby victory earned the Brazilian, along with three of his Chelsea team-mates, a place in his Matchweek 5 Team of the Week.

Manchester United's goalkeeper produced an excellent save to keep out Mark Noble’s penalty in stoppage time and earn a big win at London Stadium.

Scored a brilliant first goal for the club and played a key part in keeping a clean sheet to end Everton's unbeaten start.

Led by example, scored the all-important first goal and kept Son at bay.

The Poland defender handled everything Manchester City threw at him and made some heroic last-ditch blocks.

The second Chelsea centre-back to score, producing a neat finish and playing a key role in defence.

Wonderful delivery for Thiago Silva's header and controlled the left flank for the Blues.

Composed on the ball and a strong physical presence, he helped Southampton restrict Man City to just one shot on target.

He came on at half-time and inspired Chelsea's victory with his energy in midfield. His goal was well deserved.

The Senegalese winger wreaked havoc with his pace. He scored twice and Norwich City couldn't cope with him.

Toney bullied the Wolverhampton Wanderers defence and starred with a goal and an assist.

Scored a great goal and tormented Leeds United with his dazzling dribbling and trickery.

The German’s half-time introduction of Kante and tactical tweak inspired Chelsea to an impressive win at Spurs. They will take some beating in the title race this season.