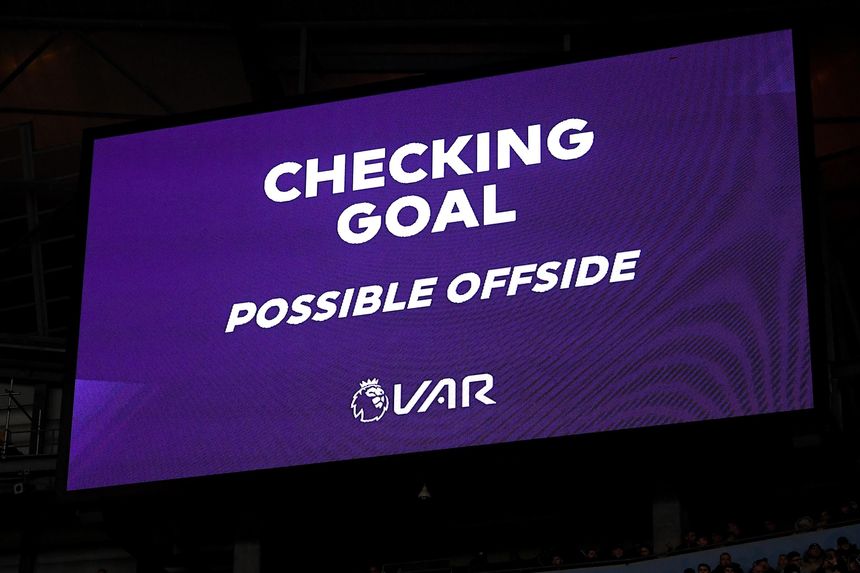 The 2021/22 season will be the third in the competition with Video Assistant Referees (VAR).

Each season of VAR brings learning opportunities, and the implementation of VAR will adjust in line with those to bring further improvements.

In 2021/22, referees on the pitch and in the VAR Hub in Stockley Park will be making improvements in three areas:
- Marginal offsides
- The assistant delaying the flag for offsides
- Principles for decision-making around what challenges by players should constitute fouls

“We have effectively reintroduced the benefit of the doubt to the attacking player,” says Mike Riley, Managing Director of Professional Game Match Officials Limited (PGMOL), the referees’ body.

“So in a really close offside situation we carry on following the same processes that we did last year with VAR. We apply the one-pixel lines, placing the defending line and then the attacking line.

"We then put on the thicker broadcast lines and where they overlap, those situations will now be deemed as onside.

"So effectively, what we give back to the game is 20 goals that were disallowed last season."

There will also be a difference in how VAR decisions on potential offsides will be conveyed to TV viewers.

In the first two seasons of VAR, the Premier League displayed the whole process of the VAR determining the offside call to broadcasters, who could share with viewers.

For 2021/22, all that will be shared with viewers is the final image confirming the decision of offside or not.

This process is similar to the one in place at UEFA Euro 2020 and other international competitions.

As part of the VAR process last season, Premier League assistant referees delayed raising their flags when an immediate goalscoring opportunity was likely to occur, even if they thought there had been an offside.

Once a goal had been scored or the chance had gone, only then would the assistants raise their flags to indicate the initial offence.

This allows the VAR to check to see if the attacker was onside and a goal could then be awarded.

After a season of learning and feedback from players and clubs, the 2021/22 Premier League assistant referees will raise the threshold for what constitutes an immediate and obvious goalscoring opportunity.

So, for example, an attacking player receiving the ball from an offside position down the wing will now be flagged offside by the assistant.

Clubs were surveyed by the Premier League in March about VAR, and the feedback from there as well as lessons from the past two seasons have informed Riley and PGMOL about what sort of contact constitutes a foul.

"The experience we have had over the last couple of seasons is that the Premier League is all about competitive and compelling contact," Riley says.

"We've lost a bit of that contact sport, probably because of the intervention of VAR. The experience of the Euros has shown that people will appreciate it if you allow the game to flow, if you accept that some small contacts just aren’t fouls; they are part of the game.

"And the feedback we've had from clubs and players is to raise that threshold, so referees don't go forensically looking for minute contact but consider three factors: is there clear and proper contact? Does that contact have a consequence - does it make somebody fall over? Or is the motivation of the player to use that little contact to go down?

"So if you have clear contact with clear consequences, that is what you penalise, but leave the small things alone, on the pitch and in the VAR Hub."