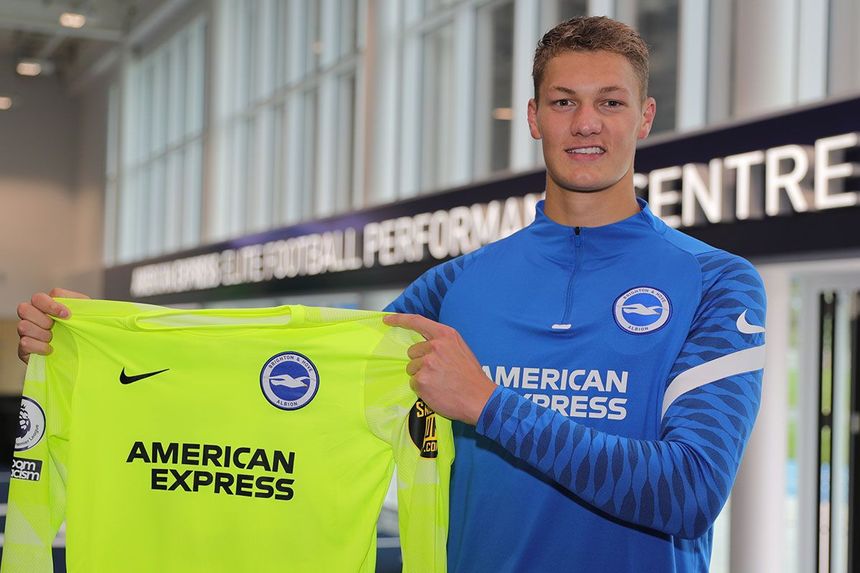 The 21-year-old becomes Brighton's fourth summer signing after moving from Ajax for an undisclosed fee.

Scherpen, who stands 6ft 8in tall, made four first-team appearances last season for the Dutch champions including one in the UEFA Europa League.

"We're delighted to welcome Kjell to the club," the Seagulls' head coach Graham Potter told the club's official website. "He's a player we have been monitoring for a while and we see him as a player with a lot of the right attributes.

"As well as his size he is someone we think will work very hard to improve all aspects of his game as he gets used to English football."

Scherpen started out in the Netherlands with second division side FC Emmen where he made over 30 senior appearances before joining Ajax in July 2019.

He has represented the Netherlands at Under-19 and Under-21s and will bring competition to Brighton's No1 Robert Sanchez following the departure of Mat Ryan to Real Sociedad.