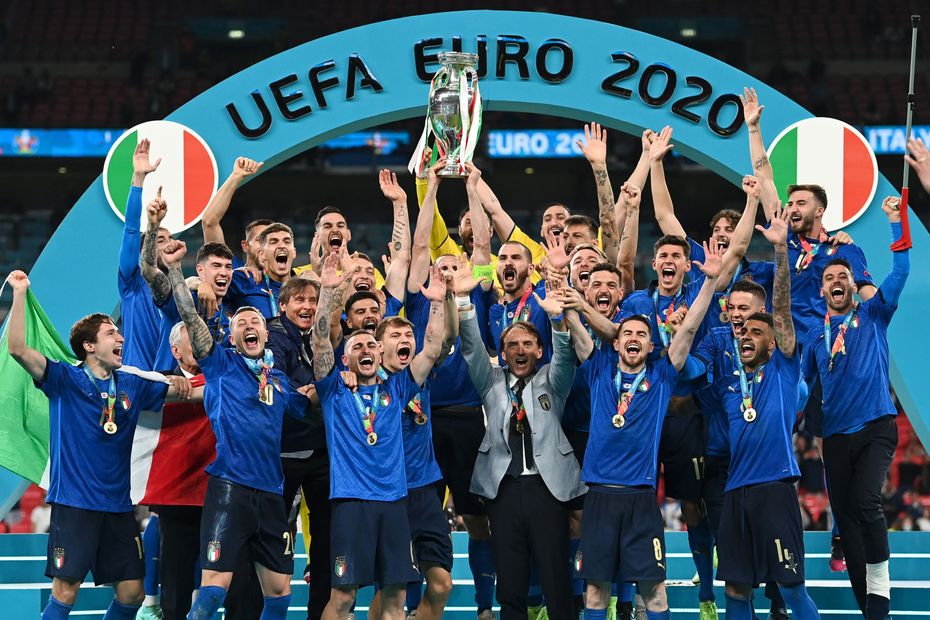 Goalkeeper Donnarumma the hero, saving two penalties in a shootout victory after 1-1 draw

England suffered heartache in the final of UEFA Euro 2020 after they lost 3-2 on penalties to Italy.

The match ended 1-1 after extra-time and goalkeeper Gianluigi Donnarumma was the Italian hero, denying Jadon Sancho and Bukayo Saka in the shootout at Wembley Stadium.

In front of 66,000 fans, Luke Shaw had given England a dream start after just two minutes when he struck his first international goal.

An Italy team that featured Chelsea's Emerson and Jorginho responded well in the second half and Jordan Pickford was forced to save from Lorenzo Insigne and Federico Chiesa.

John Stones had a header tipped over for England, before Italy equalised on 67 minutes through Leonardo Bonucci.

In the shootout, Pickford twice saved from the spot, including from Jorginho, but it was to no avail as Italy emerged victorious to win their second European Championship.

Congratulations to Jorgi and Emerson, Champions of Europe for both club and country! 👊🔵#ItsAChelseaThing #Euro2020 | #ITA pic.twitter.com/OLzh9bq0qv