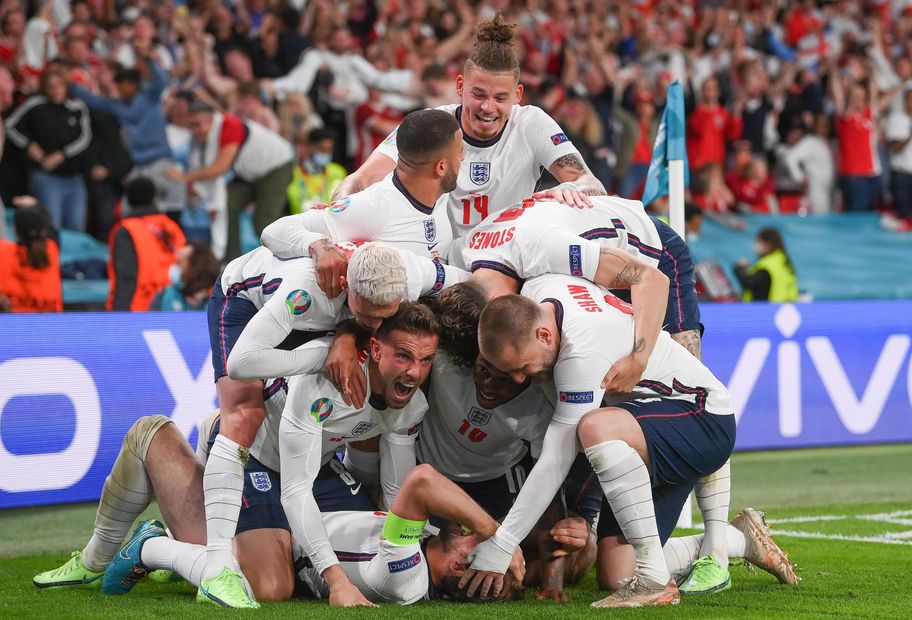 Gareth Southgate and his England squad have captured the imagination of the nation and the world in reaching the final of UEFA Euro 2020.

The Premier League takes pride in seeing Southgate and The FA getting a group of people from different clubs and from different backgrounds to form such a strong bond among themselves and with the country, and we wish them well at Wembley Stadium on Sunday.

Southgate’s side features players with a variety of pathways to the national team.

Some have come up through one club academy, benefiting from the Premier League's Elite Player Performance Plan (EPPP), while others have had a variety of experiences playing for teams at different levels of the English football pyramid, in the EFL and below.

Here we share some of their stories of their journeys that helped them to get to the top.

Now established as the No 1 for Everton and England, the former Sunderland goalkeeper recalls how playing non-league football for Darlington and Alfreton helped him mature as a person and a player.

After joining Chelsea at a young age, the midfielder progressed through all age groups in the club's Academy as part of the Premier League's EPPP, as well as a spell on loan at Derby County. Mount shared his memories of academy football after receiving his Premier League Debut Ball.

The teenager says the confidence and belief that manager Mikel Arteta instills in younger members of Arsenal's Hale End Academy has helped his progress to the Euro 2020 final. "He gives us the advice, the information on how we can improve our game to the next level," says Saka, "A lot of the credit has to go to him."

A member of the Chelsea Academy from a young age, a loan spell in the EFL with Wigan Athletic and the experience of moving away from home helped James' all-round development, the defender explains.

Many of Southgate’s players have suffered setbacks on their paths to the top. Shaw was rejected by clubs as a child and then had to deal with injuries, but he has bounced back and says such difficulties have only made him stronger.

The Premier League has argued that putting the best homegrown talent together with the best overseas players ("best v best") will help their development.

Foden says the influence of his "idol" David Silva, both in training and learning from him on the pitch, has been pivotal to his progress.

The striker's journey to Everton and England from Sheffield United came via loan spells at non-league Stalybridge Celtic and League Two club Northampton Town, but, as with Foden, it was also aided by a foreign team-mate.

"The listening, learning and picking up on little things" from Belgian team-mate Romelu Lukaku helped a young Calvert-Lewin when he first started training with the Everton senior side in 2016, as he reveals below.

It is also the opportunity to test yourself against the best in the Premier League that has helped the England players. For Phillips, promotion to the Premier League with Leeds United in 2019/20 meant he could look to improve in 2020/21. "When I come up against another team I always look at their best players and think, 'You're not going to get past me,' " he says.

Rashford says learning to work as part of a team, while simply enjoying playing his football as he moved through Manchester United's Academy, has stood him in good stead as he shared youth memories with goalkeeper Dean Henderson.

Johnstone joined Man Utd's Academy at the age of 10 and says the club's commitment to encouraging school studies, teaching respect of others and being disciplined on and off the pitch have remained valuable tools to this day.

One of England's stars of Euro 2020, Sterling has remained loyal and proud of his roots, growing up a stone's throw from Wembley Stadium and honing his talents within the Queens Park Rangers academy.

Speaking in 2019 after his 300th Premier League appearance, the Liverpool captain disclosed that bad matches stick in his memory more than the good ones. Henderson will hope Sunday's match will be one to remember for all the right reasons.

Released by Southampton at 15, the defender never gave up on on his dream of being a professional footballer, becoming a mortgage adviser while playing at non-league Yate Town and Chippenham Town.

After signing for Aston Villa in 2019, Mings said such an experience kept him grounded.