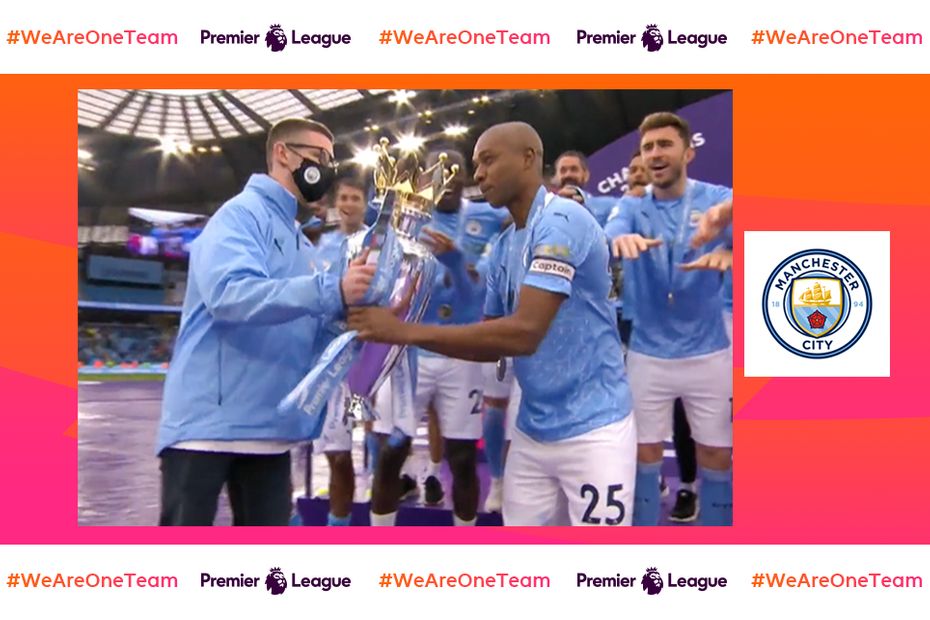 When Manchester City were handed the Premier League trophy for a fifth time on Sunday, a very special guest helped to present the famous silverware.

In December last year, 15-year-old City fan Jake Tindale had surgery to remove a brain tumour. His story had a major impact on staff and players at the club.

As well as receiving messages of support from manager Pep Guardiola and the first-team squad, Jake was promised that once it was safe for fans to return to the Etihad Stadium, he would be invited to an unique experience.

That moment arrived on Sunday, with Jake being a given a key role in City's title celebrations.

"The club sent me an amazing message from Pep Guardiola and as soon as I saw it I was anxious as to what he would say," Jake told the club's official website.

"When he said I'm going to be presenting the trophy I was just speechless - it was one of the best surprises of my life. I still don't think it's fully set in what I'll be doing yet, I can't wait."

Jake's dad Mark paid tribute to how City have helped his son during a tough period.

"They have been like a family since we had the news of Jake's diagnosis," he said. "Seeing this side of the club and how caring they are has been phenomenal and it's priceless for Jake, it's really kept his spirits up.

"Jake is such a strong individual. I'm so proud to be his dad. It's forecast to rain on Sunday but that rain will be my tears watching him. He deserves this moment."

And as a tribute to the late Colin Bell, who died in January, Colin's son Dr Jon Bell will part of the presentation party on Sunday and will carry the Premier League Trophy on to the pitch.

"It's a beautiful gesture from the club to invite me to be part of it," he said. "It captures the family atmosphere that exists at City, they are very in touch with their supporters and I think this will be something they will appreciate."