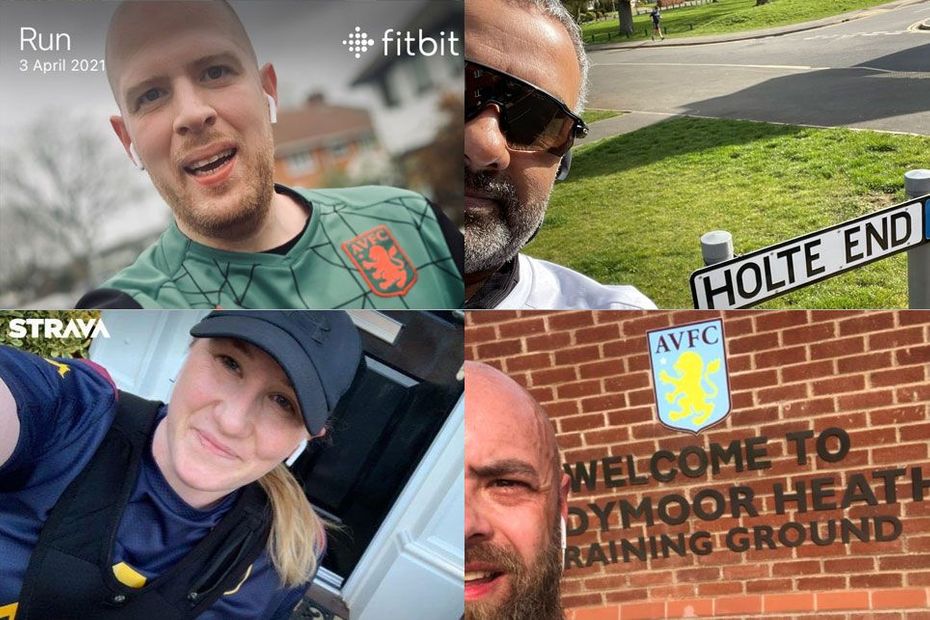 The positive impact on mental health of being outside and exercising is well documented and thanks to the support of the Aston Villa Foundation, Villa fans around the world have been encouraged to get their trainers on and take up running.

The Villa Running Club was formed in September 2020 to provide support for new and experienced runners and to promote the benefits of running for mental wellbeing.

"Running is an escape," says the club founder Dani Casey, a Villa fan. "It's a chance for me to zone out and process the things that have happened or been said that day.

"Overall it lifts my mood and gives me control during times when I don't feel I have control of much, like lockdown.

"Running can mimic meditation and many studies should that people who run regularly are better at dealing with stressful situations and I can vouch for that."

The club has already held two virtual races and is looking forward to its members taking part in this year's Great Birmingham Run.

"It's really easy to start," Casey says. "All you need is a pair of trainers. There are no monthly fees and you just open your front door and go.

"Try 'Couch to 5k' and you'll be so proud of yourself when you hit that first big milestone."

In just a few months, the club has grown to 300 members. Once Government guidelines permit, the club plans regular meetings near Villa Park.

"I had no idea we'd be so popular - I know Villa are massive but I didn't know there were so many runners up and down the country and around the world," Casey says. "It's really humbling to have been approached by the Foundation to work with them. We have an exciting future."

The Foundation has also created Villa Walking and Villa Cycling clubs, which are helping people get outside.

They are all part of Villa Foundation's "TeamWork" project, which is supported by the Premier League and the Professional Footballers' Association.

Last week, HRH the Duke of Cambridge, a Villa fan, visited the Foundation and heard about the impact of the TeamWork project.

🗣️ "The Duke has seen how the Football Club and other partners can come together and have a real impact on the local area."

Aston Villa Foundation staff were honoured to meet His Royal Highness The Duke of Cambridge on Tuesday to discuss our community outreach work. pic.twitter.com/Vg0kdcjkKj

You can get more tips on how to start running and do outdoor exercise to boost your physical and mental wellbeing in the Premier League's #StayWell hub.