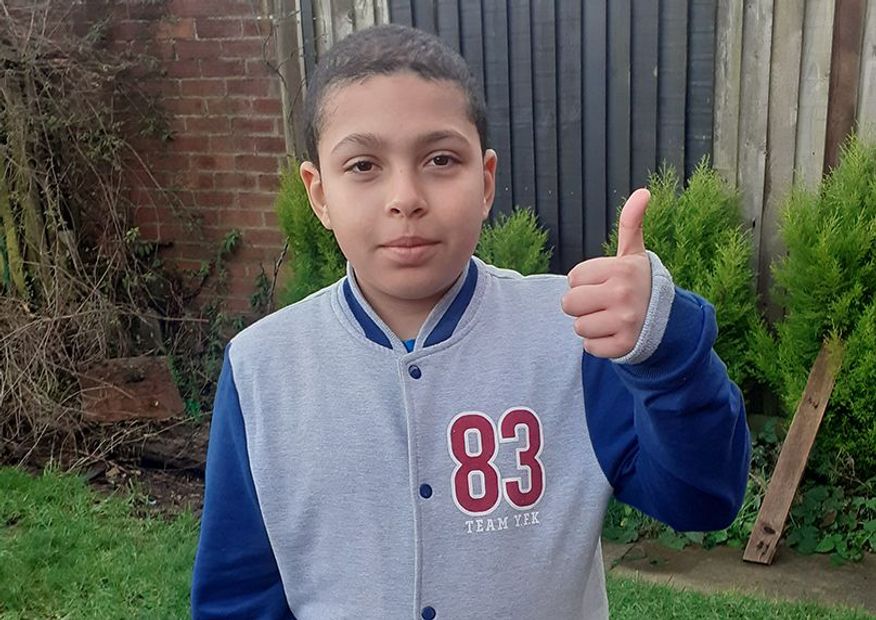 The disruption and lack of routine caused by the pandemic has been difficult for many, but for children such as 10-year-old David Djalo it proved particularly challenging to understand and manage.

"He used to come home very angry from school many times. He couldn't control himself," David's dad Muhamadu told the Foundation website.

"Now, every time we go to the park, while his siblings go to play with the swings, he goes to run: 'Daddy, watch me running! How many minutes was I?'"

David adds: "At my park there's a running track and I run there often now. The first time I went I felt exhausted, but now I can do two laps."

David's newly-found passion for running is just one of the positive impacts the six weekly PLPS sessions have had.

The classroom sessions have proved valuable in learning coping mechanisms to control his anger.

The Foundation's PL Primary Stars officer Jake Mardell explained: "Most of what was delivered in the practical sessions was positively enforcing lots of good behaviours and being active, but also challenging the pupils to do more outside of the sessions.

"The [indoor] work helped them understand what stress was and how to talk about their emotions openly, while learning methods to keep calm and set goals."

Having seen an improvement in his running and controlling his anger, David has been inspired to set his own targets of getting better at maths and becoming a great baker.

"That’s my future," he proudly added.

The Premier League Primary Stars programme works with over 18,000 schools, using the power of football to help inspire girls and boys to learn, be active and develop important life skills.

Find out more by visiting the PL Primary Stars website.