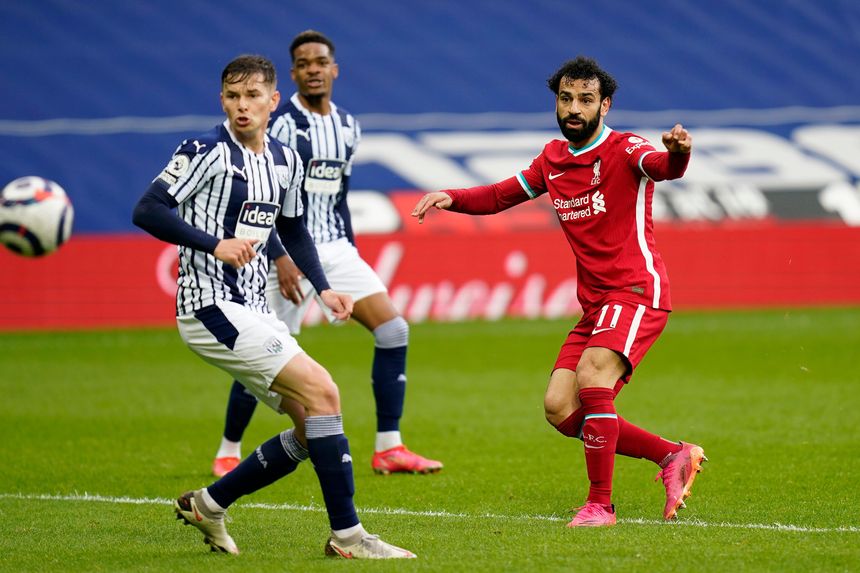 More than 1.5million Fantasy Premier League managers who entrusted Mohamed Salah (£12.8m) with the captain's armband in Gameweek 36 were rewarded with a goal and maximum bonus points in Liverpool's win at West Bromwich Albion.

Salah was the No 1 pick for the 11th time this season, the most of any player, and his 22nd goal takes him level with Tottenham Hotspur striker Harry Kane (£11.8m) in the race for the Golden Boot.

Kane was just behind him in the captaincy stakes, selected by 1.4m FPL managers.

He was first in action as he scored in Tottenham Hotspur's 2-0 win over Wolverhampton Wanderers, claiming eight points.

But Salah responded with the opening goal at relegated West Brom, as he recorded 10 points.

The leading 100 FPL managers have backed the same two players, with Riyad Mahrez (£8.1m) in third place instead of Manchester United's Bruno Fernandes (£11.4m), who did not have a match in Gameweek 36.

The Algerian did not feature in Manchester City's 4-3 victory at Newcastle United, leaving his backers to rely on their vice-captains.

Dominic Calvert-Lewin (£7.6m) topped FPL managers' shopping lists ahead of the deadline, with 367,000+ making a move for the Everton frontman.

Those managers were left disappointed, however, as he blanked in the defeat by Sheffield United.

More than 353,000 snapped up the South Korean, but they were frustrated as he blanked in the win over Wolves.

And over 341,000 plumped for Bamford, who was unable to provide an immediate reward for his new investors as the Leeds United forward was substituted before the hour mark in the 4-0 win at Burnley, returning a single point.

The three most-sold players all blanked in Gameweek 36.

Both Kelechi Iheanacho (£6.2m) and Jamie Vardy (£10.2m) missed out because of Leicester City's participation in the FA Cup final.

The Foxes had been due to face Manchester United but that fixture was moved to Gameweek 35, leaving Fernandes without a match.

Shipped out by more than 575,000 people, the Portuguese has been benched by a further one million, who decided he was not worth keeping despite favourable encounters with Fulham and Wolves.