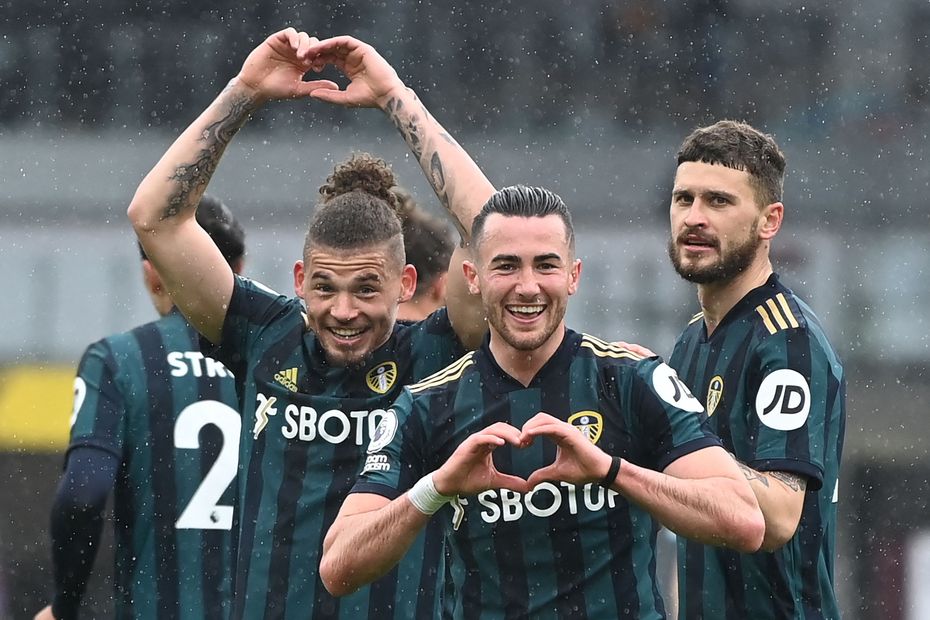 Harrison: We can be very happy with that performance
FPL Show Ep 24: Dallas - Bamford likes to captain himself
FDR Analysis: West Ham can enjoy strong finish

Jack Harrison (£5.5m) underlined his cut-price Fantasy Premier League potential with a goal and two assists against Burnley on Saturday.

The Leeds United winger claimed a 16-point haul in a 4-0 win at Turf Moor, his best score of the season.

He is now the joint-fifth highest-scoring midfielder, level with James Ward-Prowse (£5.9m) on 152 points.

But in terms of value Harrison has returned 27.6 points per million (ppm), more than any other midfielder in the game.

Leeds players rank top for value in three of the game's four positions, with Stuart Dallas (£5.4m) and Patrick Bamford (£6.5m) leading the way for defenders and forwards respectively.

Leeds' budget forward Rodrigo (£5.7m) was also a big success on Saturday, coming off the bench to score twice.

He has three goals in his last two matches and could earn a recall to the starting XI in Gameweek 37.

Those fixtures bode well in particular for Harrison, who has produced five of his six biggest Fantasy scores this season against teams in the bottom half.

Southampton are also in good form ahead of their home encounter with Leeds, having scored 10 goals across their last four matches at St Mary's Stadium.

Forward Che Adams (£5.7m) was again on the scoresheet in their 3-1 win over Fulham and now has four attacking returns in as many home starts.

Adams has averaged 7.5 points per match in those matches.

Nathan Tella (£4.3m), one of the cheapest midfielders in Fantasy, also impressed against Fulham with a goal and an assist as a substitute.

His opener in Saturday's 1-1 draw with West Ham United means he has been involved in six goals in his last nine starts.

Kelechi Iheanacho (£6.2m) and Chris Wood (£6.5m) are the only forwards who can better Welbeck for combined goals and assists from Gameweek 28 onwards.

In that time, he's been presented with a team-leading five big chances and has taken 14 shots#BHAWHU #FPL pic.twitter.com/xmHiGyXZdu