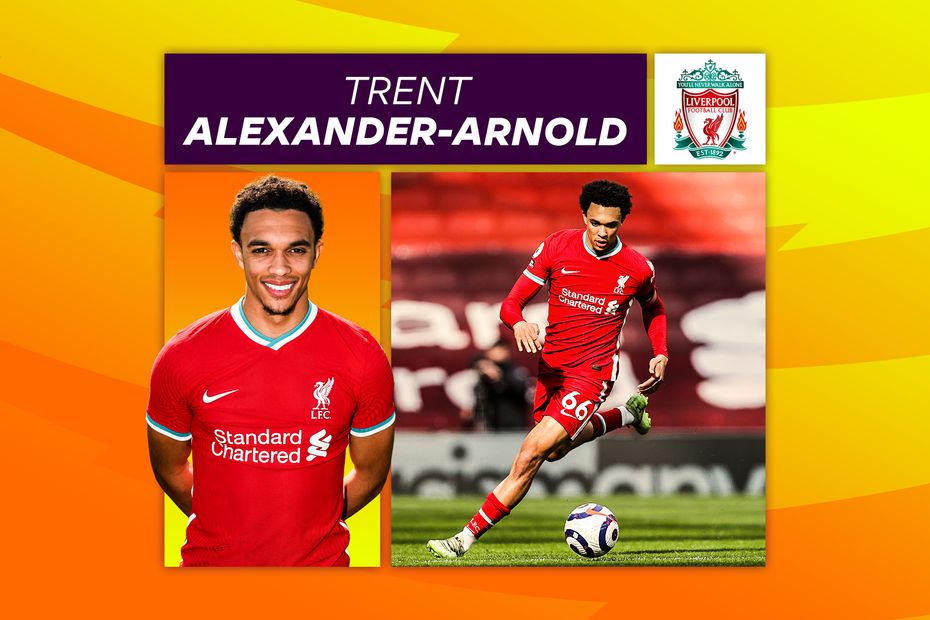 Trent Alexander-Arnold is rounding off a challenging campaign in outstanding form for Liverpool.

The 22-year-old has raised his game and reacted in a positive way to his surprise omission from the England squad in March.

Against Arsenal he ran in behind and took advantage of Pierre-Emerick Aubameyang's lack of defensive awareness to deliver a brilliant curled cross for Diogo Jota to head in.

At Leeds United he isolated winger Jack Harrison when the hosts went man-to-man with their marking, making a forward burst before gifting Sadio Mane an easy finish.

He also scored the winner with a tremendous strike from outside the box at home against Aston Villa last month.

Alexander-Arnold boasts a cross accuracy of 20.1 per cent across the season, but he has bettered that figure in four of his last five Premier League matches.

Since the start of April, he has made 3.2 goal opportunities per 90 minutes, almost doubling his average up until that point in the campaign.

While Alexander-Arnold has not been as impressive this season as he was during Liverpool’s title-winning 2019/20 campaign, he has still been the Premier League's most effective attacking full-back.

He puts dangerous balls into the area considerably more often than any other player in his position. No defender makes more big chances, and he also has more shots than any other full-back.

The prospect of potentially missing out on a place at the European Championships this summer appears to have lit a fire within Alexander-Arnold.

His battle with Marcus Rashford and Luke Shaw down the wing at Old Trafford promises to be a high-quality affair.

When Salah takes Shaw infield, Alexander-Arnold will look to test Rashford with dynamic runs. He can punish Manchester United if he is not tracked.

Given his international ambitions and Liverpool's top-four hopes, expect him to have a significant impact at Old Trafford.

Part 1: How Mount has become an all-round Chelsea star