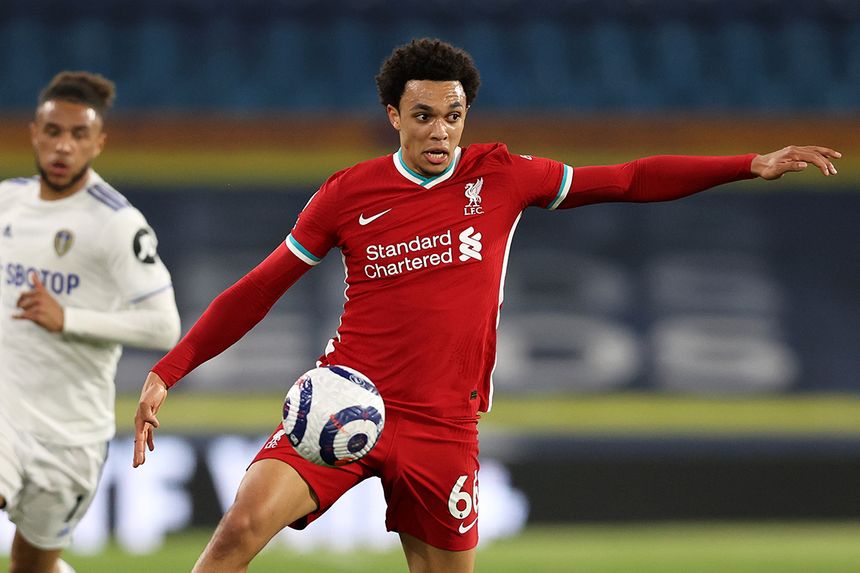 Liverpool’s right-back supplied the pass for the opening goal scored by Sadio Mane (£11.7m) in the 1-1 draw at Elland Road, collecting maximum bonus for an eight-point return.

Alexander-Arnold’s multiple routes to points have made him the Reds’ standout player in Fantasy over recent weeks.

He has produced 40 points in Liverpool’s last four matches, combining a goal and two assists with two clean sheets.

Impressively, he has collected the maximum bonus in all four of those encounters.

When it comes to form over the last 28 days, Alexander-Arnold’s average of 10.3 points per match places third among all players in Fantasy.

That output has made a major impact on the plans of Fantasy managers ahead of Friday’s 18:30 BST deadline.

Alexander-Arnold is the most-bought defender in Gameweek 33, earning more than 38,000 new owners for Liverpool’s home meeting with Newcastle United.

The contest with the Magpies starts a very favourable run-in for Liverpool.

According to the Fixture Difficulty Ratings (FDR), five of their final six matches score only two.

Elsewhere, owners of Mohamed Salah (£12.5m) will be optimistic he returns to the starting line-up after he featured as a substitute on Monday.

This was the first time since Gameweek 19 the Egyptian was omitted from Liverpool’s first XI.

The winger has attacking returns in each of his last three appearances, totalling 25 points over that run thanks to one goal, three assists and five bonus.