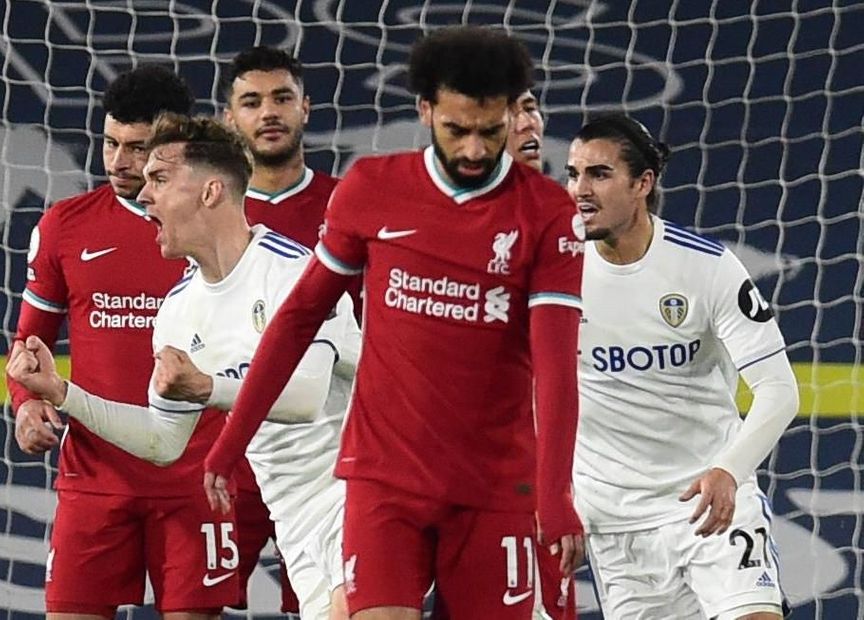 Liverpool held to draw away at Leeds after late equaliser External Link
What to do with Kane and Son for Blank Gameweek 33?
FDR Analysis: Brighton can provide short-term value

The 703,000+ managers who captained Mohamed Salah (£12.5m) in Fantasy Premier League Gameweek 32 were disappointed not once but twice in Liverpool's 1-1 draw at Leeds United.

Salah was dropped to the bench at Elland Road and was unable to add to his 19 goals for the season after coming on in the 71st minute.

It was a big blow for his backers, who would have been hoping for a repeat of Salah's hat-trick and 20-point haul in Liverpool's 4-3 win in the reverse fixture.

The most-popular captain for the seventh time this season, Kane was backed by more than 2.3million managers, a total that has been bettered only twice in 2020/21. He was also Triple-Captained by 359,000+ others.

But Kane missed the 2-1 victory over Southampton with the ankle injury that forced him off during the closing stages at Goodison Park.

Salah backers will also have been relieved to see Bruno Fernandes (£11.6m), the second most-selected captain for Gameweek 32, blank in Manchester United's win against Burnley on Sunday.

The Portuguese had produced at least a goal or assist in seven of his previous nine appearances at Old Trafford.

The leading 100 FPL managers agreed with the masses, overwhelmingly backing Kane with the armband.

Son blanked at Everton but scored a 90th-minute penalty against Southampton and received maximum bonus points that brought him level with Kane on 12 points for the Gameweek.

A combined 1.3m transfers in were made for the pair, with Lingard scoring from the penalty spot before hobbling off late on in West Ham United's defeat at Newcastle United.

Injury and rotation were the driving forces behind the sales of the three most-transferred out players.

Despite being Man City's leading goalscorer this season, Ilkay Gundogan (£5.8m) had failed to start any of his side's previous three Premier League matches.

Such uncertainty prompted more than 395,000 to part company with the midfielder and, although the German did make City's starting line-up on Wednesday, he returned only one point against Villa.