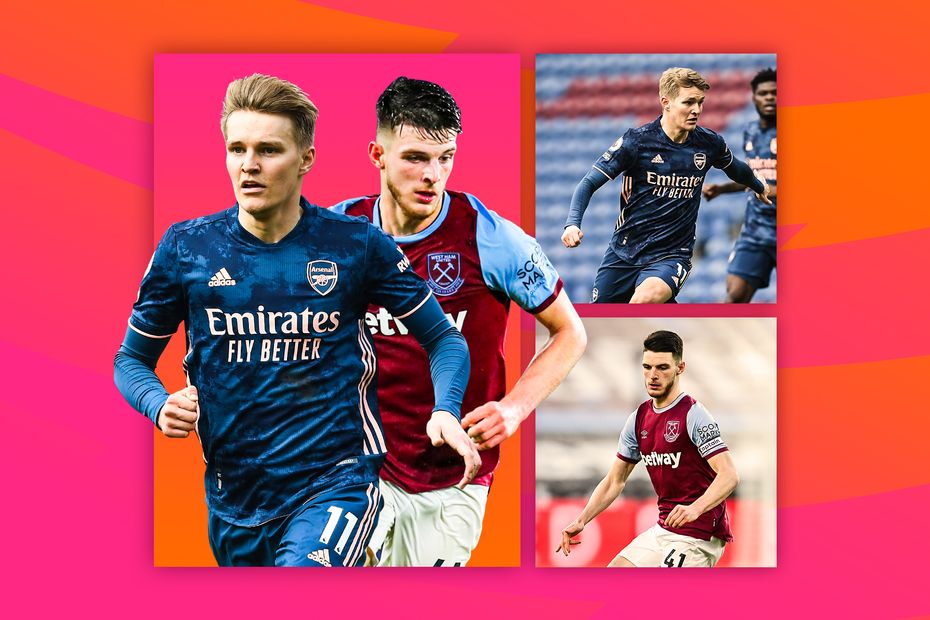 Rice: Lingard is in our Backstreet Moyes band

'Odegaard is humble, but leads by example' External Link

The head-to-head between Martin Odegaard and Declan Rice promises to be a top-class midfield battle when Arsenal visit West Ham United on Sunday.

Since arriving on loan from Real Madrid in January, Odegaard has been a growing influence in Mikel Arteta's starting XI.

He scored in last weekend's 2-1 win against Tottenham Hotspur and his clever movement will test Rice's renowned mobility in front of the defence.

The 22-year-old will not have it easy, as in Rice he will be facing one of the competition's outstanding holding midfielders.

Odegaard looks a great fit for a team coached by the demanding Arteta.

Hardworking and technically excellent, his willingness to press aggressively from a floating No 10 position has impressed in victories over Leicester City and Spurs.

Odegaard will again look to close down West Ham's defenders at pace, with the aim of blocking off passes to Rice and fellow midfielder Tomas Soucek.

The above example from that derby win against Spurs led to a chance for Emile Smith Rowe, and Arsenal will be keen to replicate these kind of turnovers again.

Executing a number of penetrative forward passes and getting into shooting range more and more frequently, he is sure to pose a goal threat to West Ham.

One of Rice's primary tasks will be to shut off space between the lines, especially in central areas where Odegaard likes to receive passes on the half-turn.

He will also need to look out for his rival's tendency to drift to the right.

When this happens, Odegaard will attempt to draw West Ham's left-sided centre-back out of position.

The Norway captain's left foot has produced a goal in each of his last two appearances.

West Ham's much-improved form this season has left Rice with slightly less to do defensively.

However, his ball-winning statistics remain among the best for Premier League midfielders.

And Rice will be keen to put those skills to good use once more and stop Odegaard from impacting another London derby.

Part 1: Martinez can frustrate Spurs after proving his worth
Part 2: Fulham must find consistency and balance in attack
Part 3: Brighton duo can inspire vital win over Newcastle