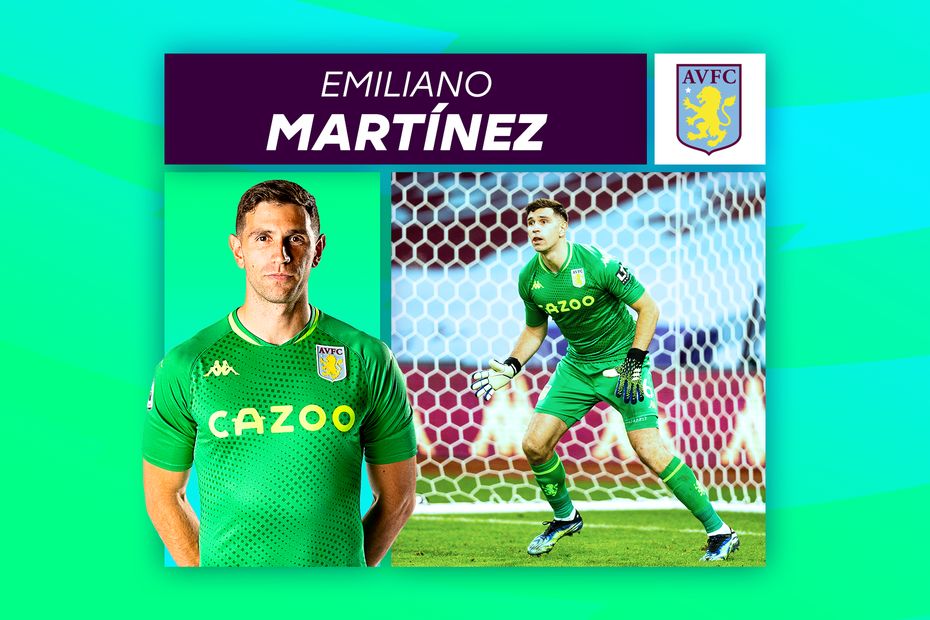 Smith says a late decision will be made on Grealish External Link
Sherwood: Martinez is why Aston Villa have improved

Aston Villa goalkeeper Emiliano Martinez has to be considered one of the signings of the season.

Martinez has been excellent for Dean Smith's side since his arrival from Arsenal last summer and will prove a formidable barrier for Tottenham Hotspur to get past on Sunday.

He has kept 14 clean sheets and boasts the highest save ratio of all regular Premier League goalkeepers in 2020/21.

With this being their first meeting of the season, Jose Mourinho will likely tell his Spurs players to avoid aiming high crosses into Villa's penalty area.

Martinez loves to dominate his box and has great confidence when coming off his line. He has made 32 catches so far, 10 more than any other Premier League goalkeeper.

His opposite number this weekend, Hugo Lloris, has made only 14 catches.

Most catches ahead of MW29

Martinez is also fantastic at producing saves that do not give opponents an opportunity to tap in simple rebounds.

He is technically excellent and always tries to hold on to the ball when stopping a shot.

Failing that, he uses a "soft-hands technique" to ensure he gathers the ball close to his body at the second attempt.

Both Martinez and Lloris are among the best in this aspect of goalkeeping, so the likes of Harry Kane and Ollie Watkins may be frustrated when they follow in shots at Villa Park.

Martinez, who was Arsenal’s second choice this time last year, has quickly become one of the most proficient shot-stoppers in the competition.

He cannot take full credit of course, with Villa defending far better as a team this season, but they have reduced their goals against record from 1.8 to one per match since he joined.

Martinez has prevented a number of goals thanks to his tremendous reactions and agility.

One of the clearest signs of a goalkeeper’s value to their side is Opta’s Expected Goals on Target (xGOT) Prevented metric.

This statistic measures how many extra goals each goalkeeper has saved by comparing their actual goals conceded with the estimation of how many goals they should have let in based on the quality of the opposition's chances (xGoT Faced).

Not surprisingly, Martinez ranks strongly in this department. According to the data, he has prevented Villa from letting in an additional 5.6 goals this season.

Fulham’s Alphonse Areola and Burnley’s Nick Pope are the only goalkeepers with better records heading into Matchweek 29.

After losing last weekend’s north London derby to Arsenal, I would expect a more attacking display from Spurs on Sunday.

But beating Martinez, who is one of the most reliable and well-rounded goalkeepers in the league, will not be easy.