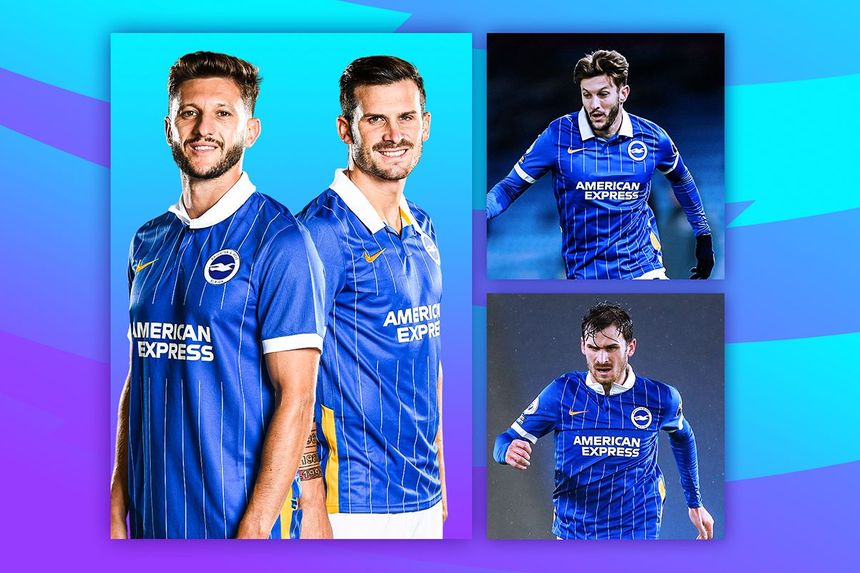 A revitalised Adam Lallana will be crucial to Brighton & Hove Albion's hopes of claiming a vital home win against Newcastle United.

The 32-year-old's season has been disrupted by injuries, but he has looked back to his best in Brighton's last two matches.

Lallana scored during a terrific individual display in the 2-1 defeat by Leicester City, and starred in last Sunday's 2-1 success at his former side Southampton, and he could be the difference this weekend.

Lallana is equally important to Brighton with and without the ball.

He works incredibly hard to close the opposition down and made 14 ball recoveries in Brighton's last home match.

Seven of those were from positions inside the opposition half.

Six of his 12 recoveries at St Mary's Stadium last time out also occurred past the halfway line, where he also added an interception and a successful tackle.

If Lallana's appetite to press is replicated against Newcastle, it has the potential to help get the Seagulls going in attack.

He was deployed as a deep-lying striker against Leicester, but reverted to an orthodox central midfield role in the win at Southampton.

From either position, Lallana is capable of hurting Newcastle and will aim to conjure chances for the likes of Neal Maupay, Leandro Trossard and Danny Welbeck.

No one has laid on more key passes in open play per 90 minutes for Brighton this term.

Brighton are averaging less than a goal a match on home soil and are still trying to work out how to get the best from their attack.

With that ongoing issue it makes sense for Potter to use playmaker Pascal Gross on a regular basis between now and the end of the season.

Gross has been in and out of the starting line-up this term, but his deliveries from set-pieces are of a consistently high standard, boasting a 36.2 per cent cross accuracy.

With five assists he is their chief goal provider, and over the course of this campaign he has supplied around three chances per 90 minutes for team-mates.

This puts him among the elite creators in the Premier League and is all the more impressive given that seven of his appearances have been from the bench.

Only their second victory at Amex Stadium this season would give the Seagulls breathing space at the bottom.

Expect Newcastle to provide a stern test as they battle to avoid the drop, but Lallana and Gross can make the difference in this fixture.

Part 1: Martinez can frustrate Spurs after proving his worth
Part 2: Fulham must find consistency and balance in attack