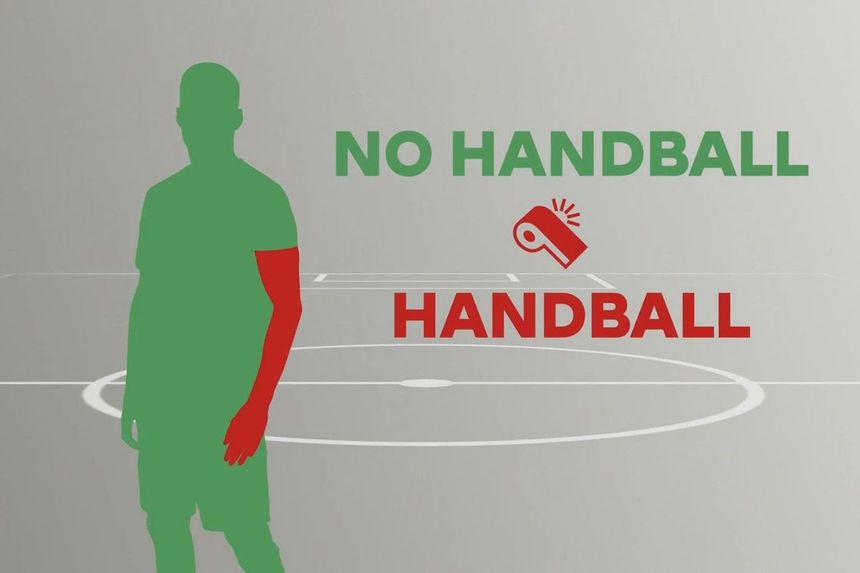 Foy's view: On first viewing I thought Greenwood handled the ball, so I can understand why the on-field decision was no penalty. The VAR felt that there was sufficient evidence to send the referee over to take another look.

Having looked at the footage, the referee concluded that Hudson-Odoi's arm was not in an unexpected position, given he was challenging for the ball with Greenwood, and remained with his original on-field decision of no offence, so restarted with a dropped ball.

My view is that a penalty should have been awarded as his arm is clearly extended away from his body, and it has not come at him from close proximity.

Arm not in expected position

Incident: Nicolas Pepe had a shot at goal and the ball struck Wilfred Ndidi's outstretched arm.

Foy's view: This was one of the more straightforward decisions, when you have the opportunity to review the footage, and very good use of VAR.

Ndidi's arms were clearly extended away from his body as he jumped and blocked Pepe's shot towards goal. You have to say that his arms were not in an expected position and the VAR was correct to intervene and advise the referee to look at the incident again.

Arm not extended away from body

Foy's view: As Firmino's cross came in, Kante arms were up, but importantly they were not extended away from his body. While the ball did touch his arm, the close proximity and the lack of reaction time means that the expectation was for play to continue. This was the correct decision in my view.

Arm extended away from body

Incident: Nicolas Pepe's attempt to take the ball past Erik Pieters in the Burnley penalty area was blocked by the outstretched arm of  the Burnley left-back.

Foy's view: Similar to the Kante penalty appeal, the proximity and reaction time were key considerations. The difference here was that Pieters' arm was clearly extended away from his body. Of course, there is always a subjective element when determining a defensive handball and, on the day, the officials clearly felt that there wasn't enough evidence to overturn the on-field decision and award the spot-kick.

However, I think that even though there was limited time for Pieters to react, with his arm clearly extended away from his body and making himself bigger he ran a huge risk, and I would not have been surprised if a penalty had been awarded.