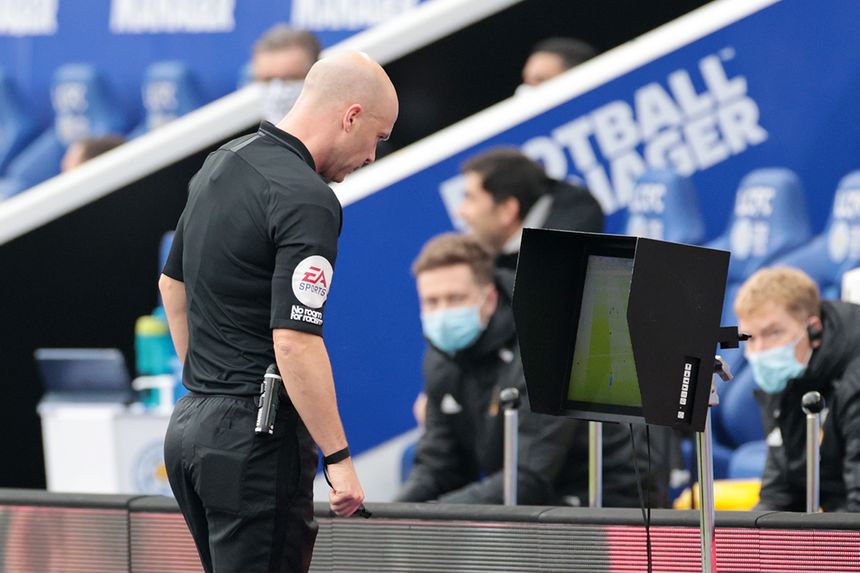 Former Premier League referee Chris Foy explains the processes behind the decisions made by the on-field match officials and Video Assistant Referees (VARs) from Matchweek 8.

This week Chris focuses on handball after a few high-profile calls.

Before we consider the incidents from the weekend, let me first reiterate that handball is a subjective decision and the following factors are considered in determining whether to penalise a handball:

Position of the arm
• Where the arm is in an expected position given the player's action
• This includes where the arms are clearly used for balance and/or protection, when it is less likely to be penalised
• The arms may be outside the player's bodyline and may not be penalised

Incident: Leicester were awarded a penalty for handball against Wolves defender Max Kilman after Dennis Praet had crossed into the area.

Foy’s view: The key thing to remember here is that handball is subjective. Does the ball hit Kilman’s arm? Yes. That’s your starting point.

But that doesn’t automatically mean it’s a penalty. The VAR looked at the incident and, in his view, the arm was clearly extended away from the body and prevented the ball going past the defender. So the VAR recommended the referee to review the incident on the monitor. The referee came to the same conclusion and awarded a penalty.

This is a judgment call that splits opinion. If you consider the arm to be in an expected position and the ball is struck from a short distance with a limited reaction time, it is less likely to be penalised.

For me, the proximity and limited reaction time mean it’s not a penalty, but, as I said, handballs are subjective. The match officials thought differently and came to a different decision on the day.

Foy’s view: This decision is less subjective. While Gomez is undoubtedly jumping and turning his body, his arm is extended away from his body, making him unnaturally bigger before the ball strikes it.

The difference with Kilman's handball is the distance the ball has travelled. It’s come from further away. So it was no surprise to see a penalty awarded after the VAR advised the referee to review it.