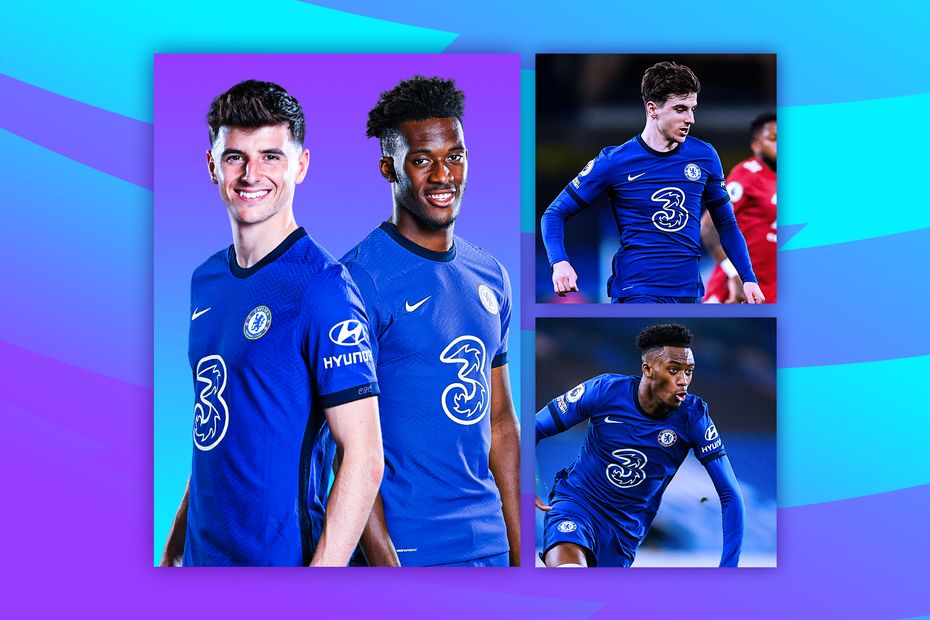 Quiz: Do you know your Tuchel from your Klopp? External Link
Watch Hazard's solo brilliance at Anfield
Chelsea aim to maintain unbeaten start under Tuchel

Liverpool's fragile defence will be tested by Chelsea's quality from wide areas at Anfield.

A key feature of the Blues' tactical approach since Thomas Tuchel took over is the way they have freed up their wing-backs to deliver crosses.

Since they are missing key centre-backs, Jurgen Klopp's side cannot afford to leave too much space down the flanks.

With Olivier Giroud or Tammy Abraham lurking inside the penalty area, they must work hard as a team to cut off the supply line.

Chelsea's attacking midfielders regularly take up narrow positions that occupy the entirety of the opposition’s back four.

Part of the new strategy calls upon Mason Mount, Timo Werner, Christian Pulisic or Hakim Ziyech to push into areas where full-backs and centre-backs need to engage with them.

Once the centre of the pitch is congested, the opportunity arises for Chelsea to play a switch pass to the flank.

By stationing the wing-back high and wide on the opposite side, the Blues can transfer the point of their attack with a single long ball.

As shown in the image below, Manchester United left-back Luke Shaw has to handle Ziyech’s run and, with Marcus Rashford drawn inside, Callum Hudson-Odoi is left alone to receive a pass from Antonio Rudiger.

Chelsea will attempt to manufacture situations like this on Thursday and test Sadio Mane and Mohamed Salah's willingness to track back.

Mount's movement has the potential to unsettle Liverpool.

The 22-year-old will look to drift in between Klopp's three-man midfield and the back four, and his driving runs will test the champions' resolve.

Mount will pop up all over Liverpool's half, while looking to break into the area and shoot when the chance arises.

He has attempted more shots than any team-mate since Tuchel took charge, so if he is not shackled closely he could play a decisive role.

It is notable that Marcos Alonso, Callum Hudson-Odoi and Reece James feature so prominently in the tables above.

Tuchel is keen for his wing-backs to be adventurous, and they have all posed a major goal threat since his arrival at Stamford Bridge.

It is a sign of the freedom he affords them that all three have enjoyed so many touches inside the opposition box.

Hudson-Odoi, operating in a new role under Tuchel, has created 11 chances in open play, a team-leading figure since Frank Lampard was replaced.

The 20-year-old has also been the team's most prolific crosser.

Tuchel replaced Klopp as head coach at both Mainz and Borussia Dortmund in the Bundesliga.

However, his record against the 2019/20 title-winner is not the best.

Indeed, he has suffered more top-flight defeats to his compatriot than he has against any other coach, losing nine and winning only two of 14 meetings.

It will be fascinating to see how Liverpool try to deal with Chelsea's threat down the wings.

In theory, Andrew Robertson and Trent Alexander-Arnold will match up directly with the wing-backs, but that may not always be the case.

When they have to tuck in and track runs from Mount or Werner, the widest central midfielder or one of Liverpool's forwards will need to follow them.

How well the Reds cope with this transitional aspect of the match could determine whether or not they succumb to a fifth consecutive home defeat for the first time in history.

If they allow quality service to be sent into the box, it will be another testing 90 minutes for Liverpool at Anfield.