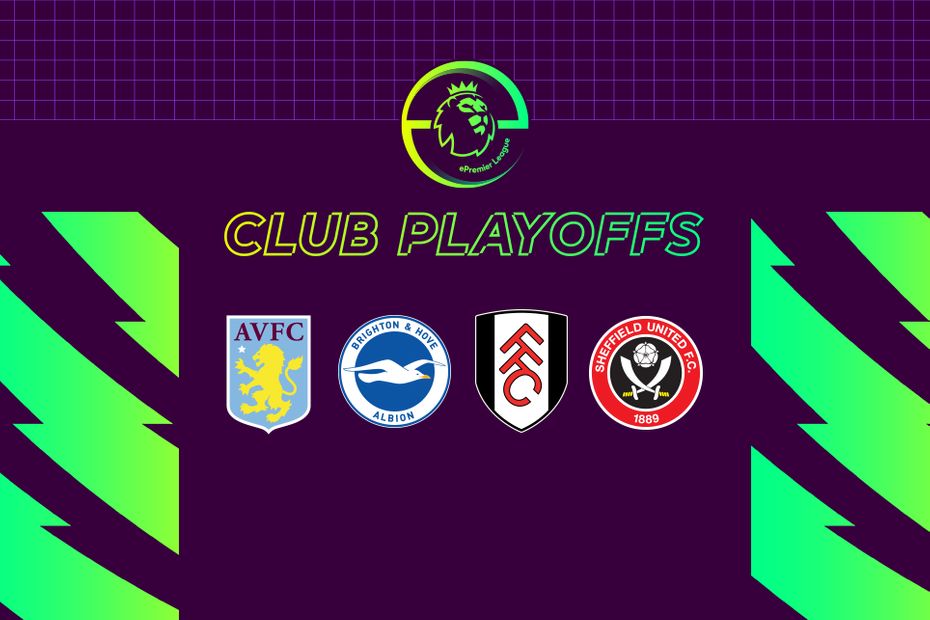 The latest set of finalists for the 2020/21 ePremier League have been decided as Aston Villa, Brighton, Fulham and Sheffield United held their club playoffs.

Cameron "cameronrock2307" Willey made it through on PlayStation 4 following an emphatic 4-0 win in the final, joining Anthony "AntonM97" McGuigan as one of the club's two representatives.

LETS GO!! I'm the official ePremier league representative for my club @AVFCOfficial I have worked so hard for this and am relieved the grind has paid off. Now we work towards the finals. @SAF_gg @sbc_tips pic.twitter.com/oTmLYAZ6dL

In Brighton's playoffs, Marc "MarcMarleyyy" Marley and Luca Schilder qualified, with Schilder producing a spectacular performance to triumph 9-2 on aggregate in the final.

Marley is the reigning ePL Xbox champion, and he will be targeting the overall title this time, having lost to Thomas "Hashtag Tom" Leese in the 2019/20 cross-console Grand Final.

We have our representatives for the finals in Spring! 🙌@MarcMarleyyy & @luca_schilder

The goals were flying in as Damian Augustyniak won 10-3 on aggregate in the PlayStation 4 final, while Thomas Painter will represent the Cottagers on Xbox One.

Total domination throughout the event.

The Blades will once again be represented by Mitchell Hayward and Spencer "Huge Gorilla"” Ealing, as they were in the 2019/20 ePL finals.

Back to back. 👊@MHaywxrd & @Huge_Gorilla will once again represent the Blades in this year's #ePremierLeague Finals. 🎮

The club playoffs continue next Tuesday, with the finalists from West Ham United, Everton, Southampton and Leicester City to be determined.