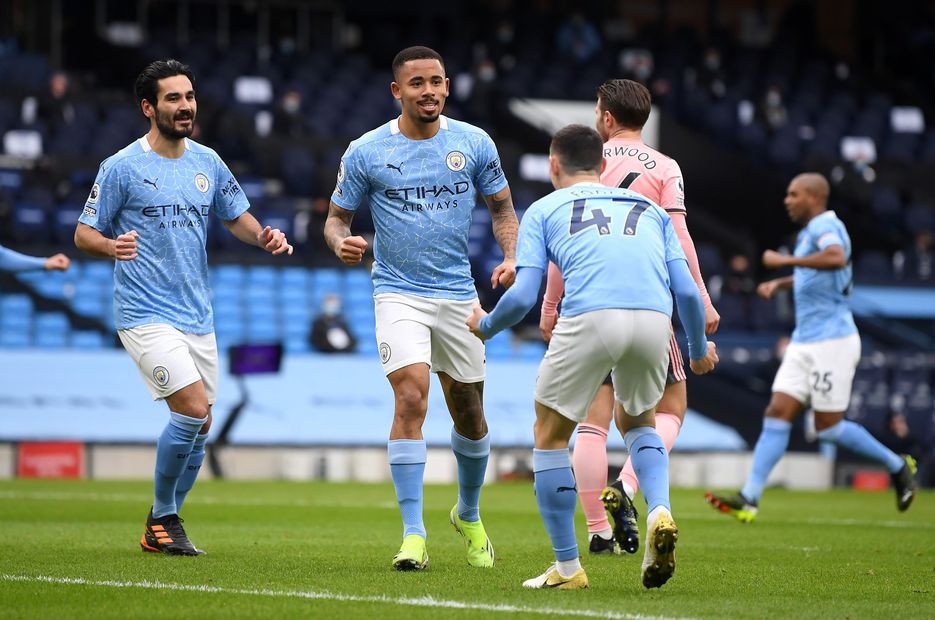 Striker continues great record when scoring in the Premier League, plus other key stats from the weekend

When Gabriel Jesus opened the scoring against Sheffield United on Saturday, Manchester City fans would have been justified their confidence in seeing their side go on to claim victory.

To find out why, and for more on all the must-know facts from the 21st round of fixtures, read below. To see the reports and key data for the matches, click on the results.

Callum Wilson's first goal was his 50th in the Premier League, with 41 coming  for AFC Bournemouth and nine for Newcastle United.

Four of Eberechi Eze's five Premier League goal involvements this season have come at Selhurst Park, including all three of his goals.

Since Sam Allardyce took charge of West Brom, Matheus Pereira has had a direct hand in five of the Baggies' seven PL goals, scoring four and assisting the other.

Willian made his 250th Premier League appearance, playing more matches in the competition than any other Brazilian.

Emiliano Martinez has kept 10 clean sheets in the Premier League this season. Only Man City's Ederson, with 12, has more in 2020/21.

Thomas Tuchel is the first Chelsea manager/head coach to keep a clean sheet in his first two Premier League matches since Rafael Benitez in November 2012.

Patrick Bamford has eight away goals in the Premier League this season, a total only Jamie Vardy, with nine, can beat.

Mohamed Salah became the first player to score 20+ goals in all competitions in four consecutive seasons for Liverpool since Ian Rush did so six times running from 1981/82 to 1986/87.

Six of Leandro Trossard's seven PL goals have come at the Amex Stadium, representing 86 per cent. Along with Pascal Gross, with 12 home goals out of 14, it's the joint-highest ratio of any player with at least five goals scored at the ground in the competition.