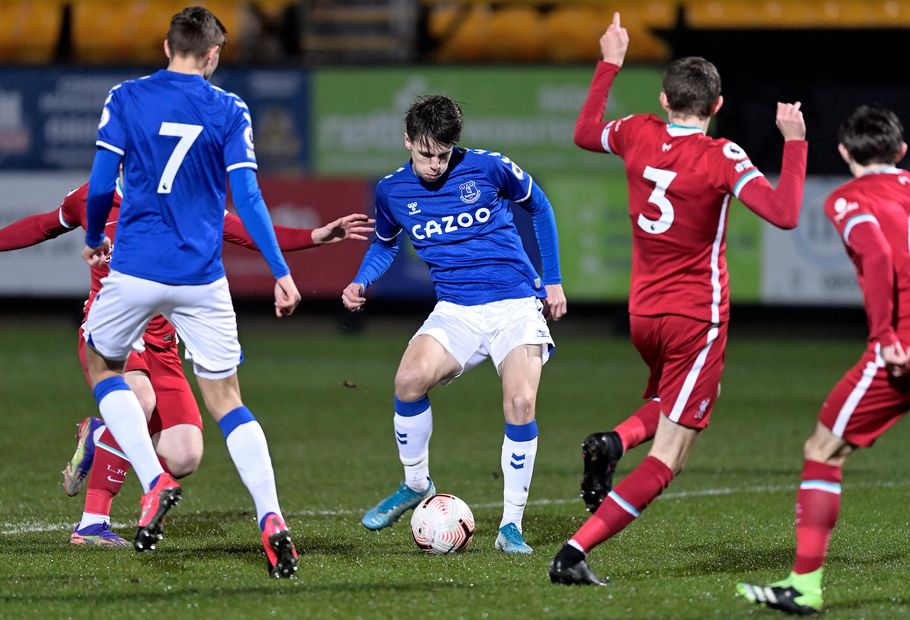 Watch the last week's best U23 and U18 goals, including a quickfire strike for Everton against Liverpool

We bring you the best of the latest action from the Premier League's Professional Development Phase, such as Premier League 2 and the Under-18 Premier League, showcasing the talents who are shining at their academies.

Everton midfielder Rhys Hughes, 19, needed less than a minute to sweep in a superb opener in a 1-1 Merseyside draw with Liverpool in Premier League 2 Division 1.

What a start! Hughes fires #EFCU23 in front inside the opening 60 seconds!

Nineteen-year-old Sylvester Jasper finished off a wonderful Fulham move, 11 seconds into the video below, to score the second goal in a 3-2 victory at Crystal Palace in PL2 Division 2.

The composure. The finish.

Leicester City forward Jacob Wakeling scored the pick of the goals with a delicate lob in a 4-2 Division 1 victory over Manchester United that lifted the Foxes out of the relegation zone.

A move that started well inside Norwich City's own half was finished by 16-year-old forward Oscar Thorn, 62 seconds into the video below, to round off a 5-0 win at West Bromwich Albion in Under-18 Premier League South.

Katia Kouyate, 17, won possession before firing into the roof of the net in Everton's 2-1 Under-18 Premier League North victory at Blackburn Rovers.

Seventeen-year-old defender Tayo Adaramola produced a terrific finish in Palace's 4-1 win over Fulham, helping his team leapfrog the west London side into top spot in U18 Premier League South.