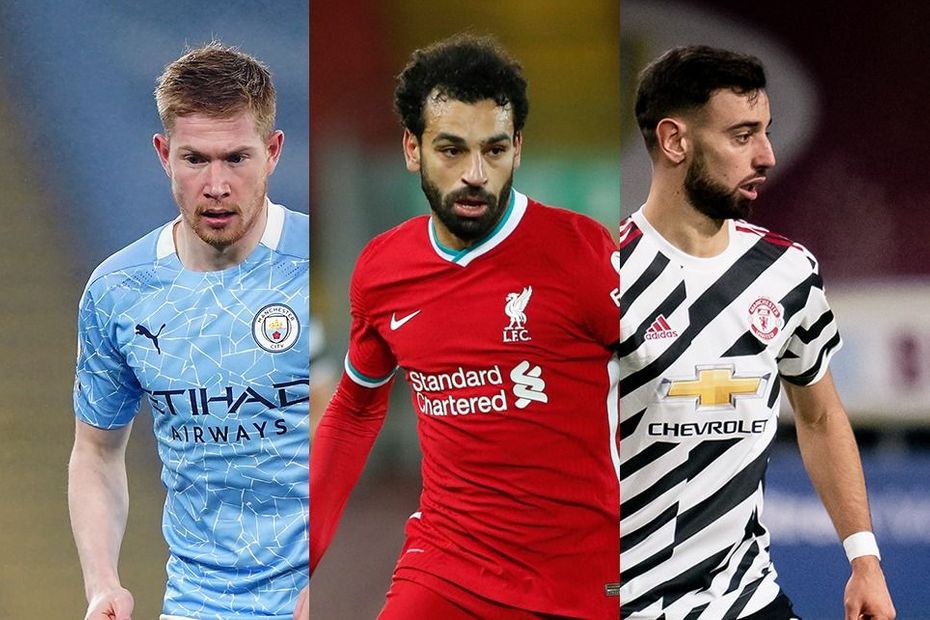 De Bruyne, Salah and Fernandes all play twice and will battle to be the No 1 choice

A trio of premium midfielders are among the top captaincy contenders for Double Gameweek 19 in Fantasy Premier League.

Manchester City’s De Bruyne is at home against Crystal Palace and Aston Villa.

The Belgian has been in fine form at the Etihad Stadium recently, producing double-figure returns in two of his last five outings there.

At home, his totals of 25 shots and 20 chances created are both more than any other Man City player.

It doesn't get more direct than that 🤩🔥

Salah also plays at home on both occasions, with Liverpool entertaining Manchester United and Burnley.

The Egyptian has averaged 8.3 points per match at Anfield, including hauls of 20 and 14 points.

At home, his 13 shots on target rank second among all players this season.

Fernandes has two away matches in Gameweek 19. Following their visit to Liverpool, Man Utd also travel to Fulham.

The Portuguese star has been the most explosive player in FPL away from home in 2020/21, producing five double-figure returns on the road.

FPL managers should just be aware that Fernandes has accumulated four yellow cards this season, and another booking at Liverpool would rule him out of the trip to Fulham.

All three of the big-hitters have team-mates who can provide managers with strong alternatives for the Gameweek 19 captaincy.

Phil Foden (£6.3m) has scored in each of the last two Gameweeks for Man City. Indeed, both his double-figure hauls this season have come in this period.

And Marcus Rashford (£9.6m) has an impeccable record on the road for Man Utd. The England international has scored or assisted in all eight of his away appearances this season.

Part 1: GW19 Kings to watch: Back Pogba to maintain his form
Part 2: GW19 Differentials: Castagne can resume his success
Part 4: GW19 Captains: Vardy can thrive in home matches
Part 5: Who to captain in GW19? What the experts say
Part 6: Scout Selection: Soucek to reward new backers